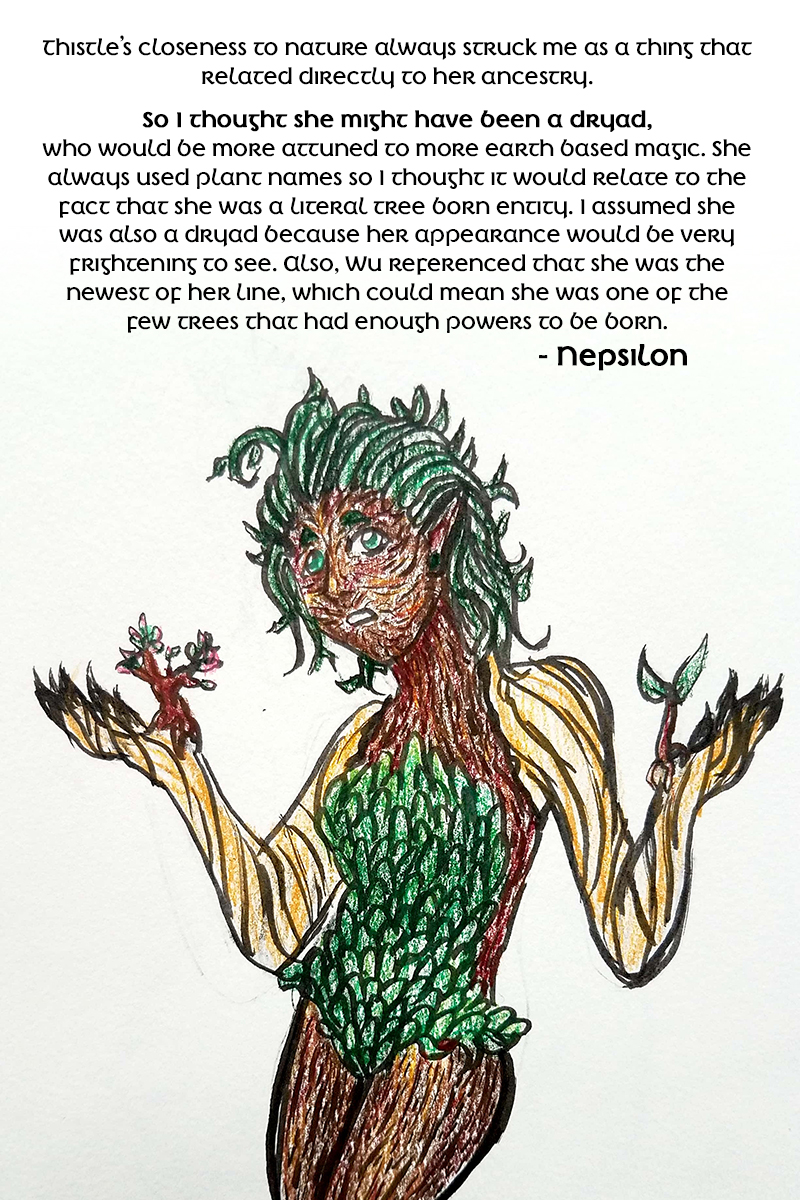 "Thistle’s closeness to nature always struck me as a thing that related directly to her ancestry.

So I thought she might have been a dryad, who would be more attuned to more earth based magic. She always used plant names so I thought it would relate to the fact that she was a literal tree born entity. I assumed she was also a dryad because her appearance would be very frightening to see.

Also, Wu referenced that she was the newest of her line, which could mean she was one of the few trees that had enough powers to be born."
- Nepsilon

A bonus Thistle Theory update for you today, hot on the heels of yesterday's! Since these two were so similar in nature (haha) and we're closing in on the start date for Book II, I wanted to slip this one in there because it's so lovely.

Nepsilon gave us two illustrations to choose from, here's the other!

We're getting near the end of our list of submitted Thistle Theories, so people who submitted a theory that they won't end up seeing on the site should know that it wasn't that we didn't like it, it's just that it was probably a duplicate of others that were already submitted, or it included information that wasn't relevant, or information exclusive to the Patreon world building tier that wouldn't make any sense to readers who do not have that insider information.

Remember: DAUGHTER OF THE LILIES RETURNS ON SEPTEMBER 25th

Discuss this comic: FORUM | REDDIT | DISCORD*
*The author is not affiliated with any of these communities nor the moderation thereof.