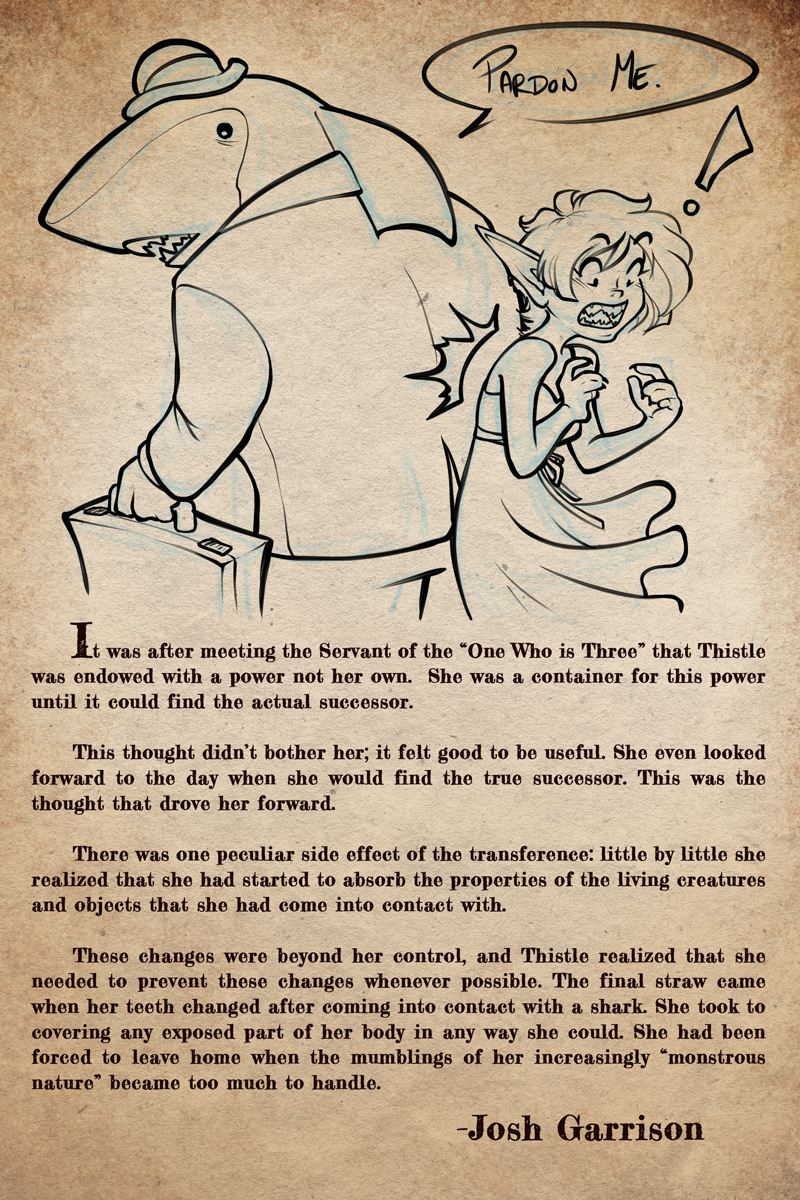 "It was after meeting the Servant of the “One Who is Three” that Thistle was endowed with a power not her own. She was a container for this power until it could find the actual successor. This thought didn’t bother her, it felt good to be useful. She even looked forward to the day when she would find the true successor. This was the thought that drove her forward.

There was one peculiar side effect of the transference: little by little she realized that she had started to absorb the properties of the living creatures and objects that she had come into contact with.

These changes were beyond her control, and Thistle realized that she needed to prevent these changes whenever possible. The final straw came when her teeth changed after coming into contact with a shark. She took to covering any exposed part of her body in any way she could. She had been forced to leave home when the mumblings of her increasingly “monstrous nature” became too much to handle."
-Josh Garrison

Josh doesn't have a URL to share with us either, but this concept could lead in a lot of different directions, in that it would mean Thistle's appearance would change constantly until the end of the story, when her true appearance would be revealed. A fun idea, but also a goofy one when you try to think about how she would even meet up with a shark...

We're getting near the end of our list of submitted Thistle Theories, so people who submitted a theory that they won't end up seeing on the site should know that it wasn't that we didn't like it, it's just that it was probably a duplicate of others that were already submitted, or it included information that wasn't relevant, or information exclusive to the Patreon world building tier that wouldn't make any sense to readers who do not have that insider information.