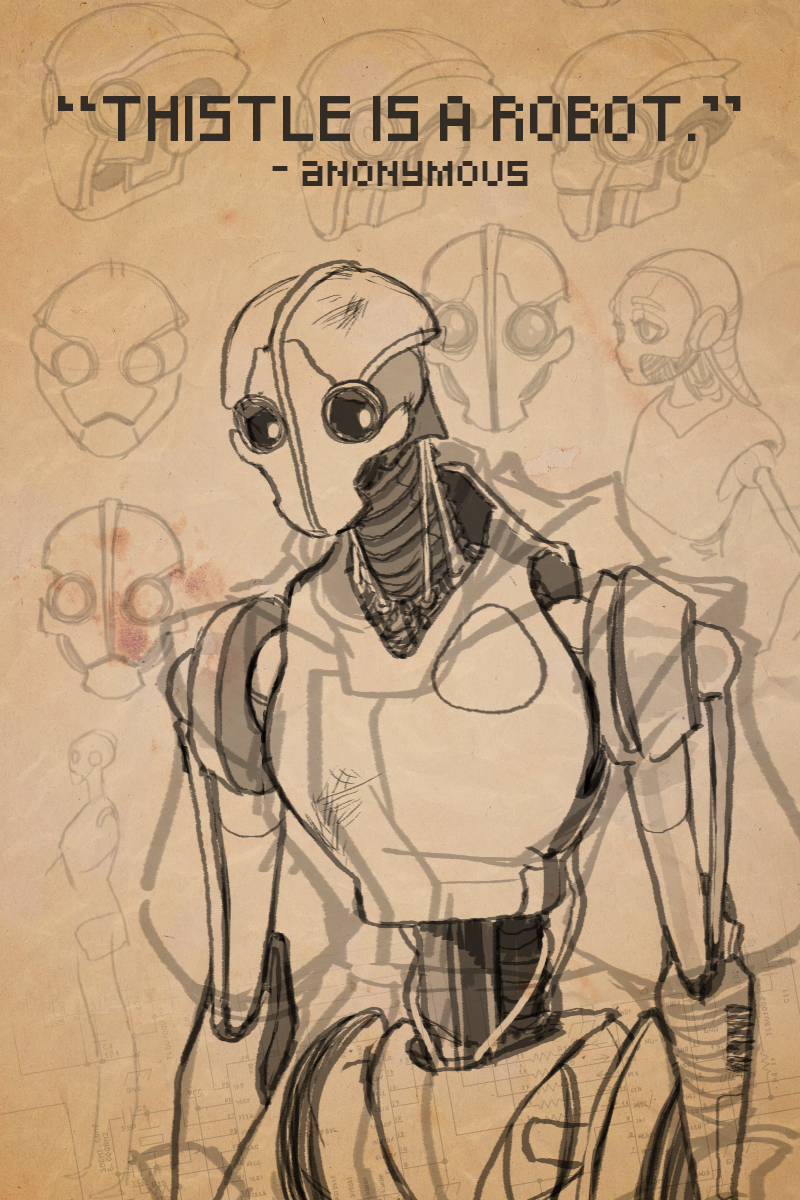 "THISTLE IS A ROBOT."
- anonymous

This theory is actually a very old one, and one I had to track down the author of to ask their permission to feature it, because i LOVE IT SO MUCH. For about a week after first receiving it, I actually considered ways to rewrite the entire story to fit it. Like, come on, how great would that be?

DAUGHTER OF THE LILIES RETURNS ON SEPTEMBER 25!! THAT'S A LITTLE OVER A WEEK AWAY!!!