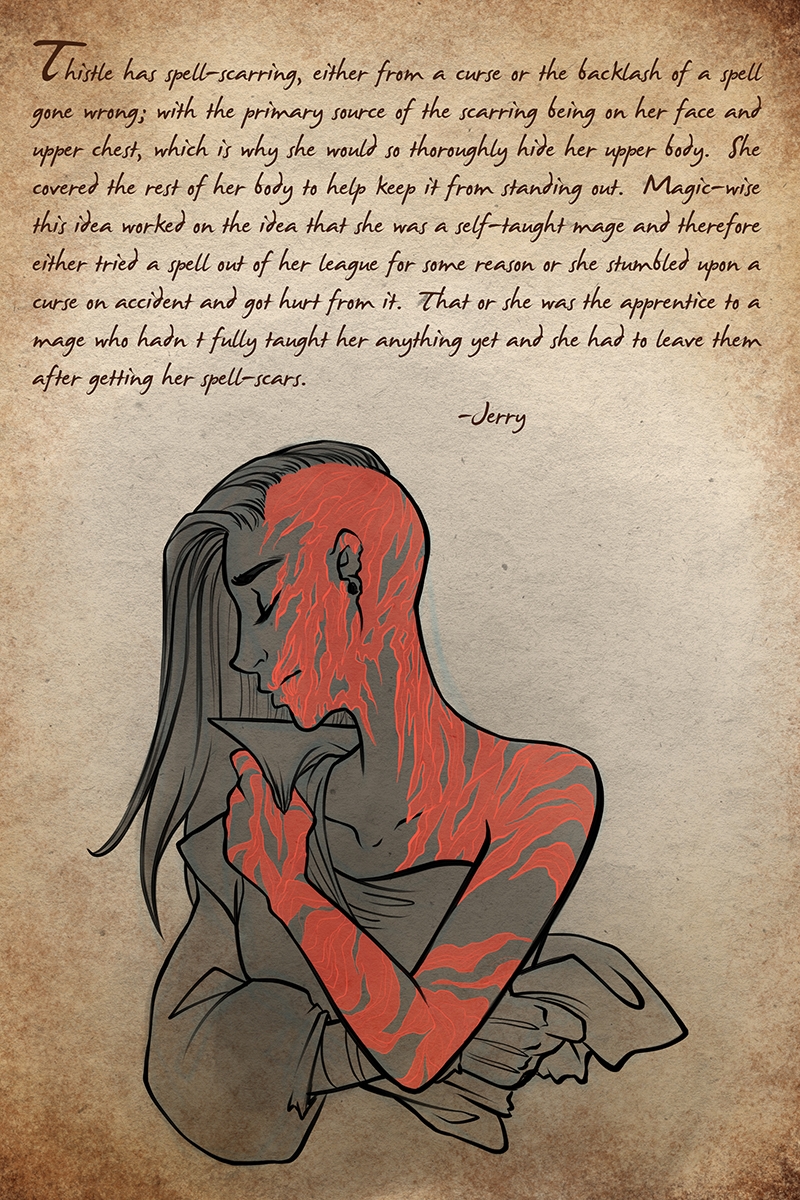 "Thistle has spell-scarring, either fro a curse or the backlash of a spell gone wrong; with the primary source of the scarring being on her face and upper chest, which is why she would so thoroughly hide her upper body. She covered the rest of her body to keep it from standing out. Magic-wise this idea worked on the idea that she was a self-taught mage and therefore either tried a spell out of her league for some reason or she stumbled upon a curse on accident and got hurt from it. That or she was the apprentice to a mage who hadn't fully taught her anything yet and she had to leave them after getting her spell scars."
- Jerry

Jerry sent us a whole heckin' LIST of a ton of different Thistle Theories, each one of which was detailed and incredibly well thought out - this one was at the top of the list, and I really like how striking of a visual it would be. Yoko did a wonderful job of illustrating it. Maybe this Thistle and Margot would be best friends...

Jerry unfortunately has no websites to share with us of their work, but we'll be appreciative of their ingenuity here all the same!