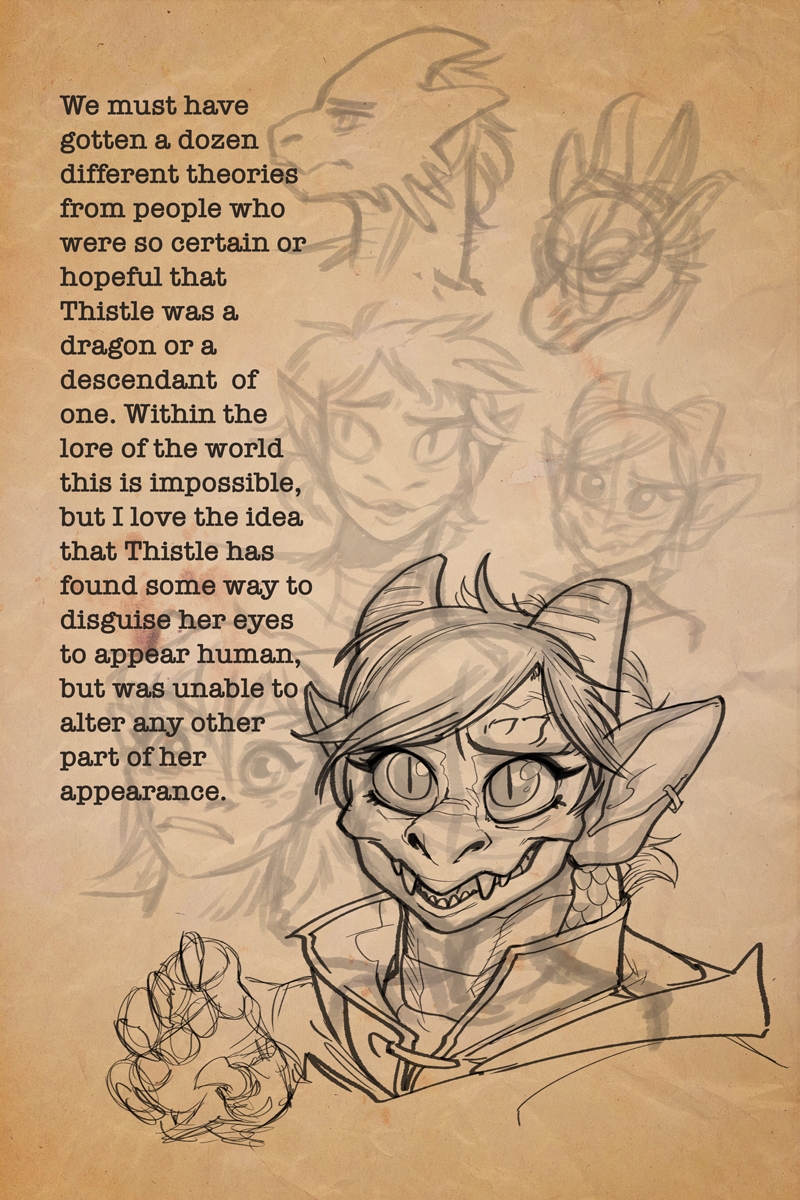 "We must have gotten a dozen different theories from people who were so certain or hopeful that Thistle was a dragon or a descendant  of one. Within the lore of the world this is impossible, but I love the idea that Thistle has found some way to disguise her eyes to appear human, but was unable to alter any other part of her appearance."

Today's update is a little different than the ones we've featured, just because I want to make sure we covered the dragon angle entirely - there were so many people who were invested in this idea, and I just love any excuse to draw dragons, so here's the author's hot take on what that would look like if it were the case.