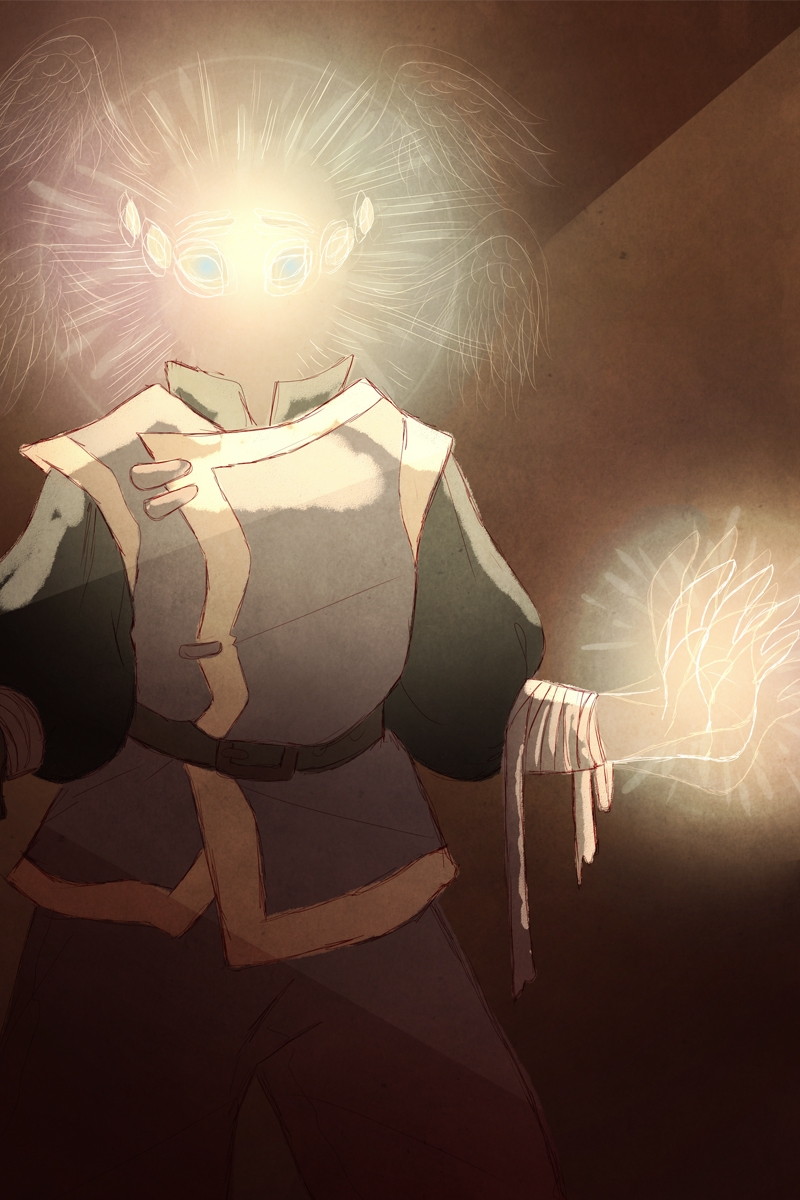 "Representing great, ethereal, angelic monstrosities does not only mean drawing magic and power from them. What if being chosen means also representing their visible forms? What if the vessel becomes an otherworldly creation of shifting, blinding light similar to that of their patron? Multiple eyes where eyes that should be, the outline of limbs impossibly overlaying on top of themselves, and a form a caricature of living flesh. It is the kind of visage that once made shepherds flee in Testaments of Old. It is a piercing, horrible beauty that is at a glance as painful as staring directly into the sun. It is a light that is bound under layer upon layer of cloth. It is a light that is sealed tight under magical constraints. It is a light that is hushed behind an impossible black shadow cast under an ever-present hood, and a mask that keeps it mostly at bay until it is a candle fully brought out from under the bushel."
-CrayfishCoffee

Ah man, now we're getting to the submissions with artwork that I don't wanna put text on - I already had to crop Coffee's to fit my dang ol' website design and I'm already feelin' pretty bad about that - she drew a really nice hand in perspective that was in the right side of the composition. Daggum. I hope she posts it to her art blog, y'all need to appreciate it in its full glory!

Coffee is an incredibly talented and imaginative sort, who submitted TWO Thistle Theories for us to enjoy. We'll be featuring the second one on Thursday!