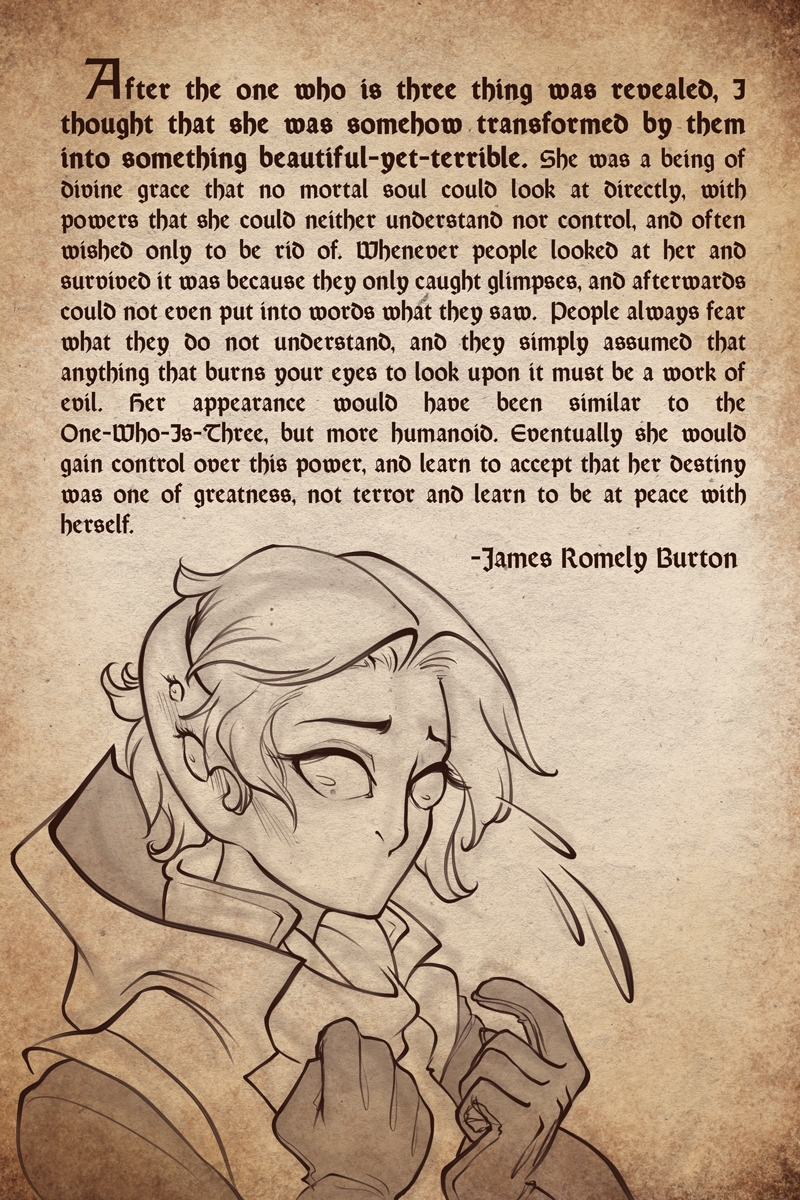 "After the one who is three thing was revealed, I thought that she was somehow transformed by them into something beautiful-yet-terrible. She was a being of divine grace that no mortal soul could look at directly, with powers that she could neither understand nor control, and often wished only to be rid of. Whenever people looked at her and survived it was because they only caught glimpses, and afterwards could not even put into words what they saw.  People always fear what they do not understand, and they simply assumed that anything that burns your eyes to look upon it must be a work of evil. Her appearance would have been similar to the One-Who-Is-Three, but more humanoid. Eventually she would gain control over this power, and learn to accept that her destiny was one of greatness, not terror and learn to be at peace with herself."
-James Romely Burton
Hey, everyone - sorry that we have more filler for you today, but you know how it can be, moving to a new place and starting a new job while somehow expecting no changes to other obligations you might have: it's kinda impossible. Yoko will be using the time over the weekend to get caught back up with work and whatnot. Thanks again for y'alls patience with us as we deal with our fun Real Life adventures.