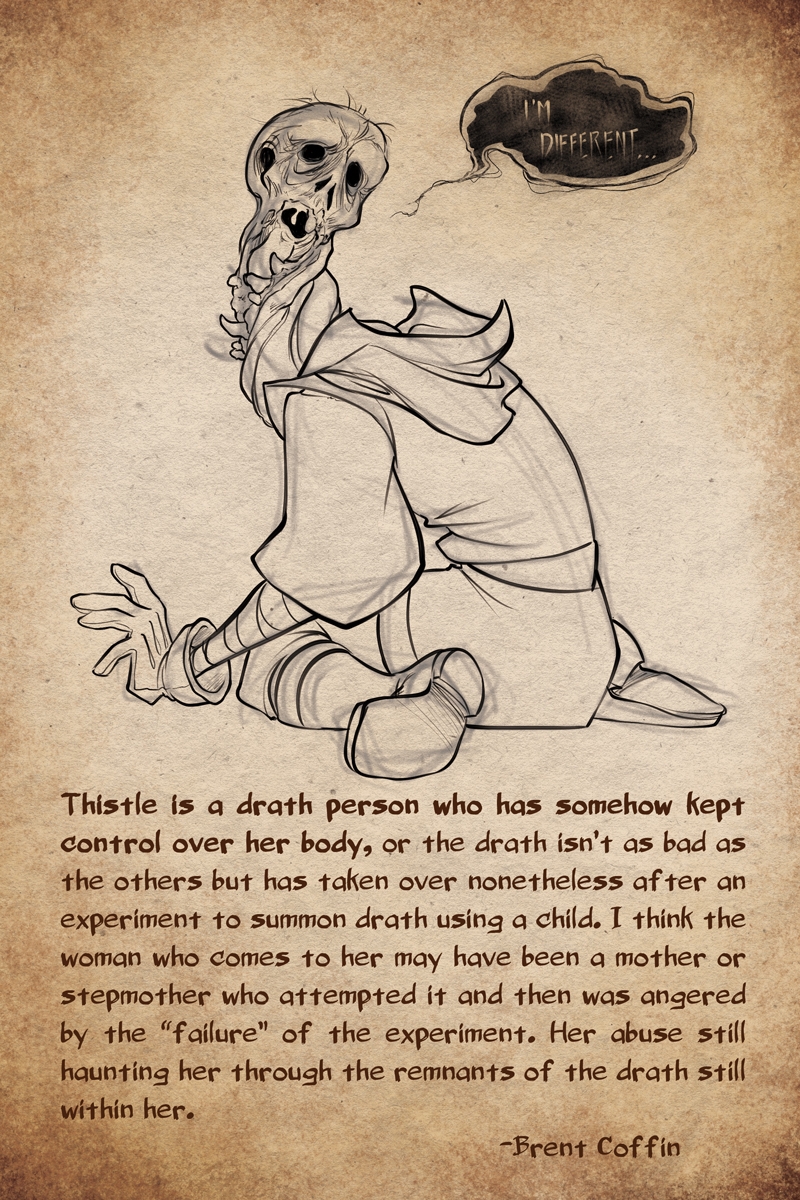 "Thistle is a drath person who has somehow kept control over her body, or the drath isn’t as bad as the others but has taken over nonetheless after an experiment to summon drath using a child. I think the woman who comes to her may have been a mother or stepmother who attempted it and then was angered by the “failure” of the experiment. Her abuse still haunting her through the remnants of the drath still within her."
-Brent Coffin (http://bcoffin.com/)

Personally, this is one of my favorite theories, and appropriate given that Brent (the comic's Brent) is implied to have the same theory himself.

Maja Gunnarsson on Patreon pointed out that there was something very important missing from Yoko's illustration. And then also pointed out another very important thing to really tie everything together. Thank you so so so much, Maja.