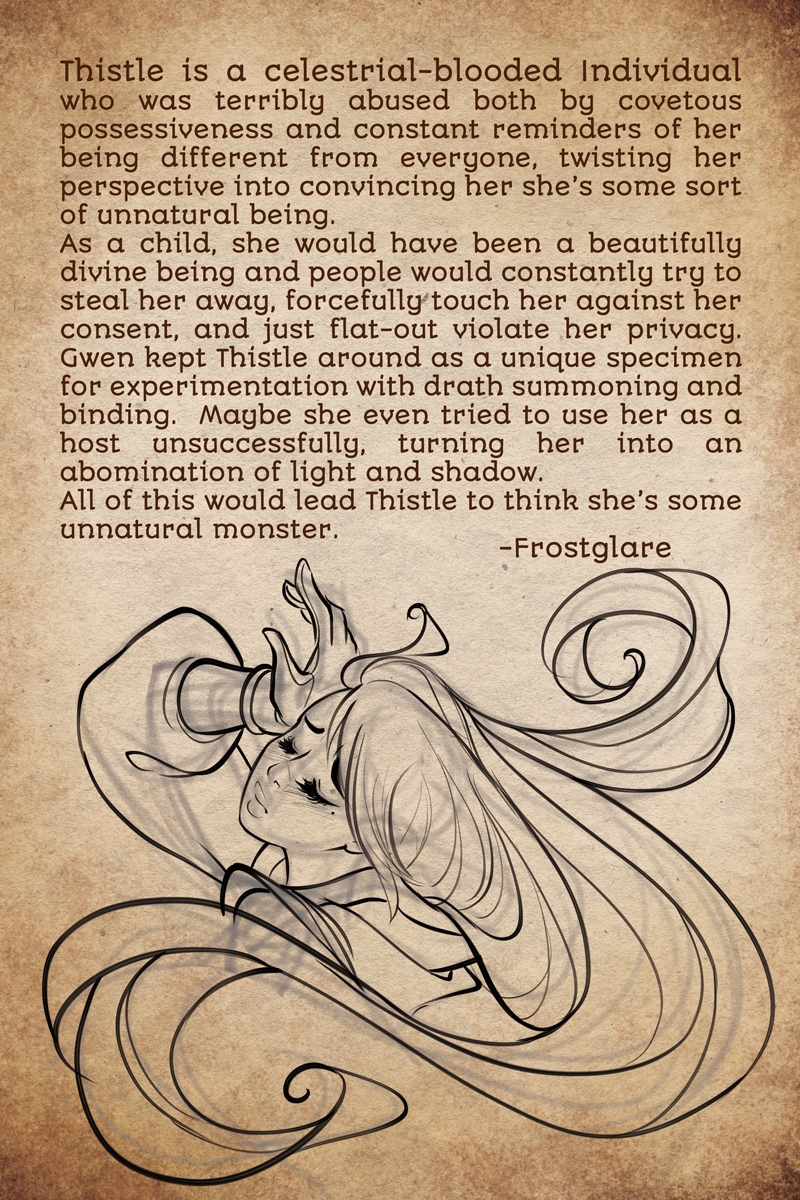 "Thistle is a celestial-blooded individual who was terribly abused by both covetous possessiveness and constant reminders of being different from everyone, twisting her perspective into convincing her she's some sort of unnatural being. As a child, she would have been a beautifully divine being and people would constantly try to steal her away, forcefully touch her against her consent, and just flat-out violate her privacy. Gwen kept Thistle around as a unique specimen for experimentation with drath summoning and binding. Maybe she even tried to use her as a host unsuccessfully, turning her into an abomination of light and shadow. All of this would lead Thistle to think she's some sort of unnatural monster."
- Frostglare

Daughter of the Lilies is currently on a little break while the colorist is taking care of some life stuff! We'll be back in about a week once she's settled.

This first Thistle Theory was submitted by Frostglare (who unfortunately has no links of their work to share with us)... and sounds and awful lot like an older Reader Question from when the comic first started...