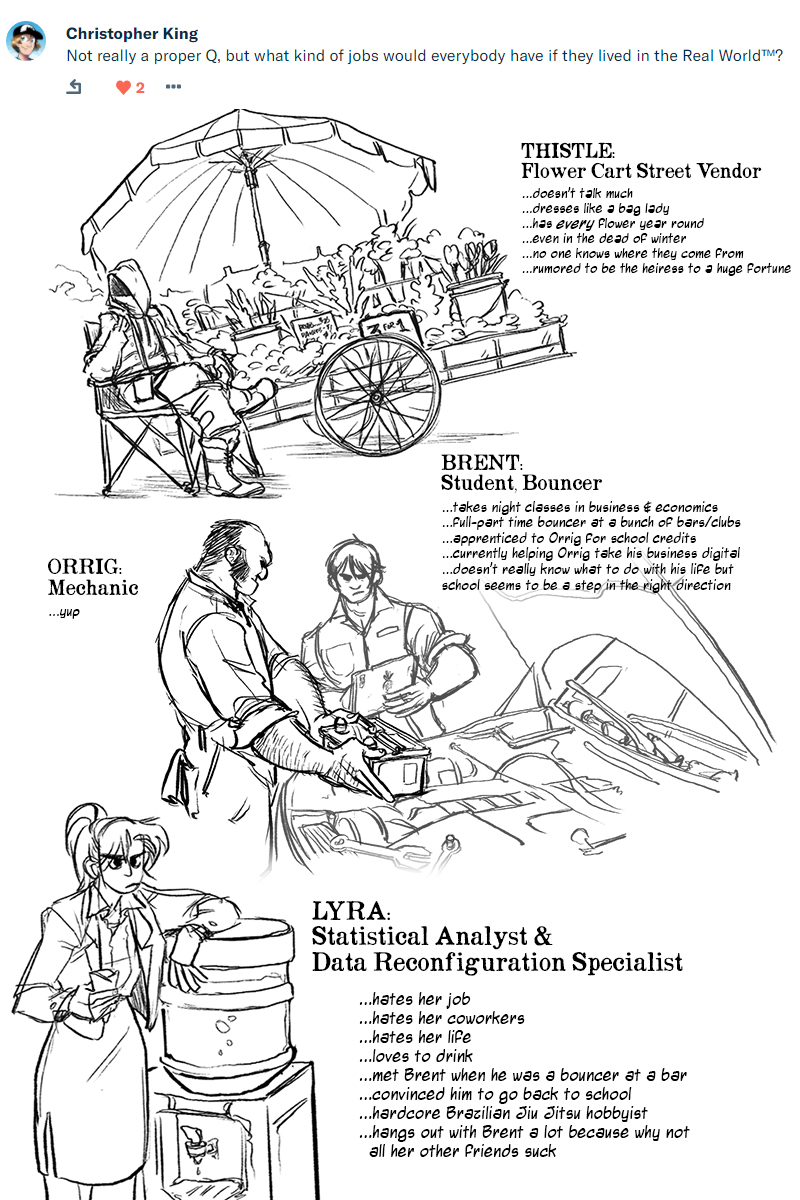 Orrig is the same, except he barely ever talks, and when he does it's a very arresting thing that makes everyone else shut up almost instantly. He and Thistle have a friendly understanding, so she sets up shop outside of his business - it makes female customers feel at ease and more likely to come in (it's a very impressive cart that's always fully stocked). Thistle always gives him some flowers to take home to his wife, who always sends him to work with too much extra food for some reason (hmmm).

Lyra and Brent met one night at a bar he was working at, and was very impressed when he came over to kick out some guy who was being a creepo and making all the female patrons complain and found Lyra holding him over the bar in some kind of hold. Brent kinda looks at the whole scene for a second and then tells Lyra that it's usually his job, but if she wants to take out the garbage then she can do it this one time. Everyone was impressed when Lyra sent the creepo flying fifteen feet into the street. Brent can't seem to get rid of her ever since. She's just always around even though her job is like on the other side of the city. I was watching all of Friends around the time I was working on these, so Lyra has Chandler's job.

Ever since Lyra came into Brent's life, it suddenly has a sense of structure. He's started going to night school and is now apprenticed to Orrig for one of the courses he's taking. He's helping Orrig take his business digital, but Orrig is so ostensibly old school that Brent will probably have a job handling all these newfangled doodads when he gets his degree.

ADDITIONALLY, Yoko drew some awesome art of Lyra and a certain Federal Agent that is incredibly relevant. And I'll be adding a LOT more to this when we find out who/what Thistle is.