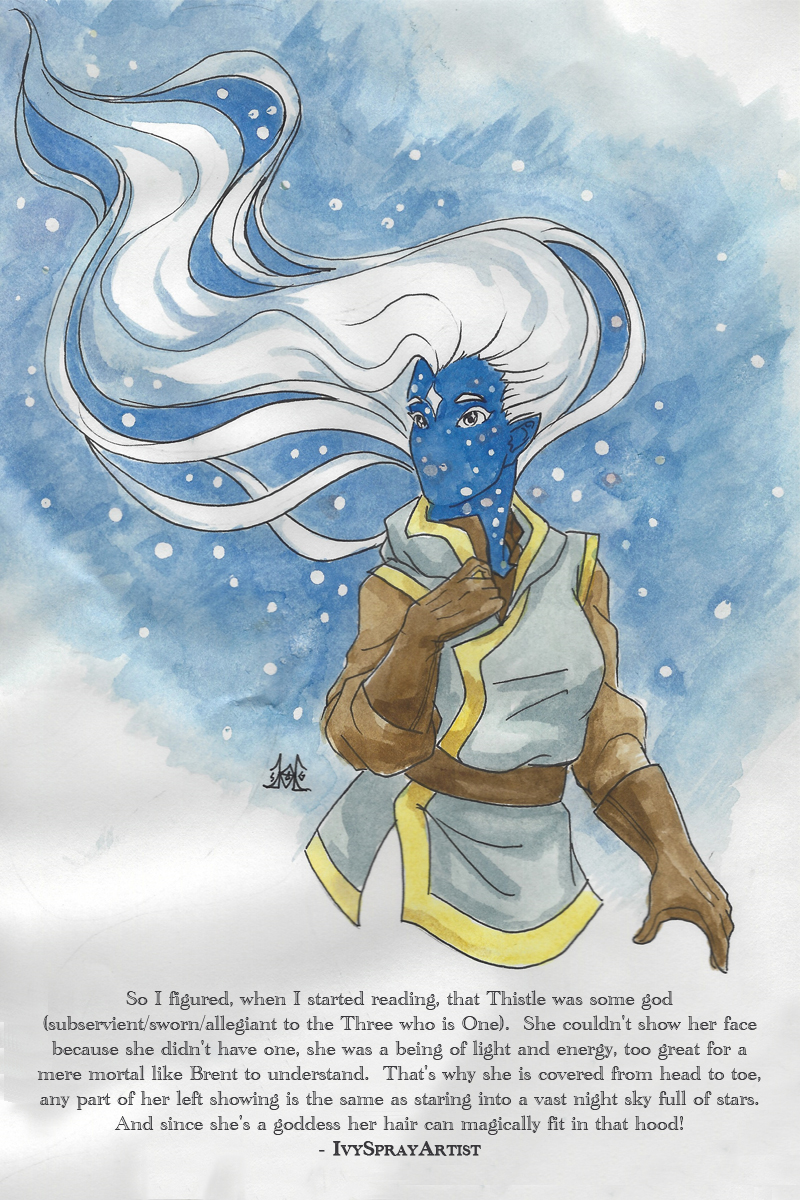 "So I figured, when I started reading, that Thistle was some god (subservient/sworn/allegiant to the Three who is One). She couldn't show her face because she didn't have one, she was a being of light and energy, too great for a mere mortal like Brent to understand. That's why she is covered from head to toe, any part of her left showing is the same as staring into a vast night sky full of stars. And since she's a goddess her hair can magically fit in that hood haha :)

To me, she was either some kind of angelic being, sent to walk earth and protect its inhabitants, or exiled with her memory damaged for something--weakened, somehow, either as to not hurt the people she was protecting or those she was defending against, or as a toll for some mistake. Maybe even as training, to walk among them to understand them, learn her limits, and learn how to love the races that populate the world she watches over. My theory didn't really go much farther than that--it was all identity and not much backstory, but here's some fanart of my thought!"

This is another one of those theories that I both want to draw fanart of and rewrite the entire story to make work. Please make sure you check out Ivy's Website to enjoy more of her work, she's so dang talented I can barely stand it!!! Her mastery of anatomy, perspective, and mixed mediums is something I aspire to.