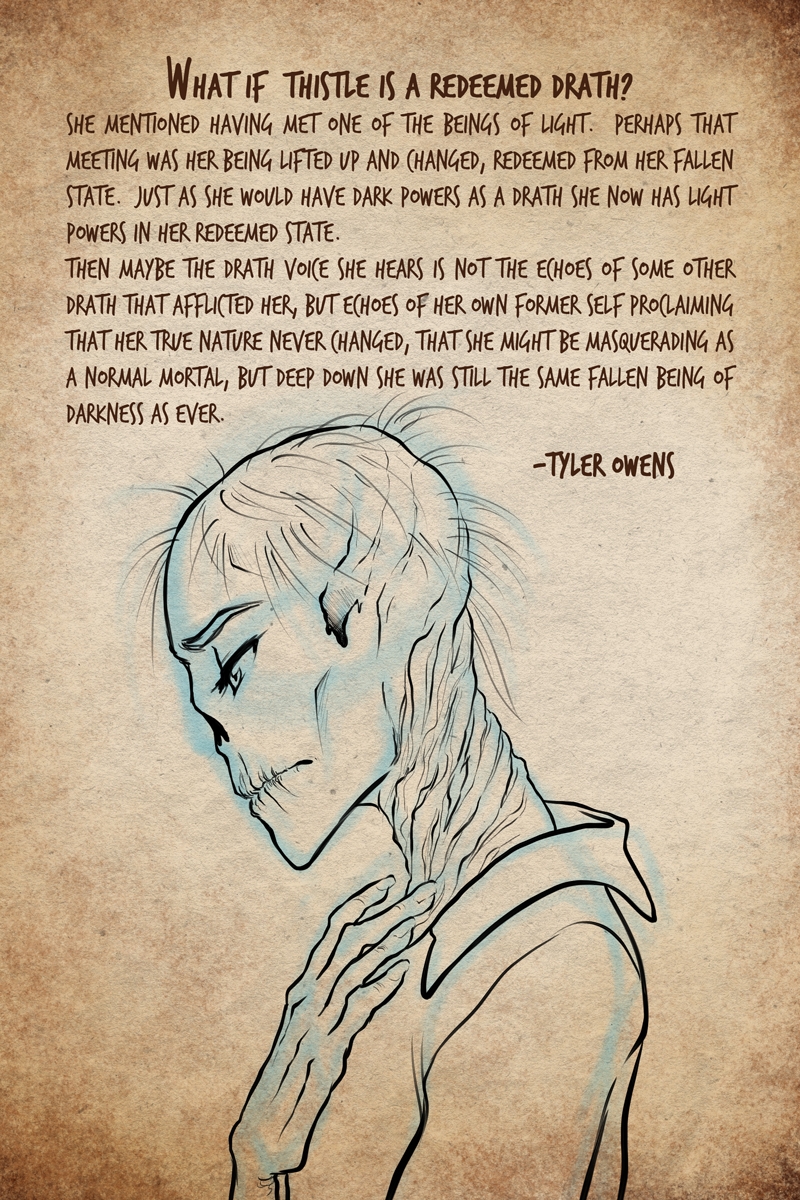 "What if Thistle is a redeemed Drath? She mentioned having met one of the beings of light.  Perhaps that meeting was her being lifted up and changed, redeemed from her fallen state.  Just as she would have dark powers as a Drath she now has light powers in her redeemed state.
then maybe the Drath voice she hears is not the echoes of some other Drath that afflicted her, but echoes of her own former self proclaiming that her true nature never changed, that she might be masquerading as a normal mortal, but deep down she was still the same fallen being of darkness as ever."
-Tyler Owens
I mostly focused on what a redeemed drath might be- and I was thinking about their twisty necks and thought it'd be interesting if instead of unwinding it corkscrewed further until it was facing the right way.  She still looks very much like a drath, but slowly over time she's growing back her hair and her skin is less dead and clammy and her nose and lips might be regrowing (maybe her medical knowledge/learning was inspired by watching these changes in herself) and so she's chiefly covering up while she waits out her transformation back to "normal", but her neck will never undo itself as a reminder of her past, maybe as the being of light's way to tell her not to go back to her drathy ways :P