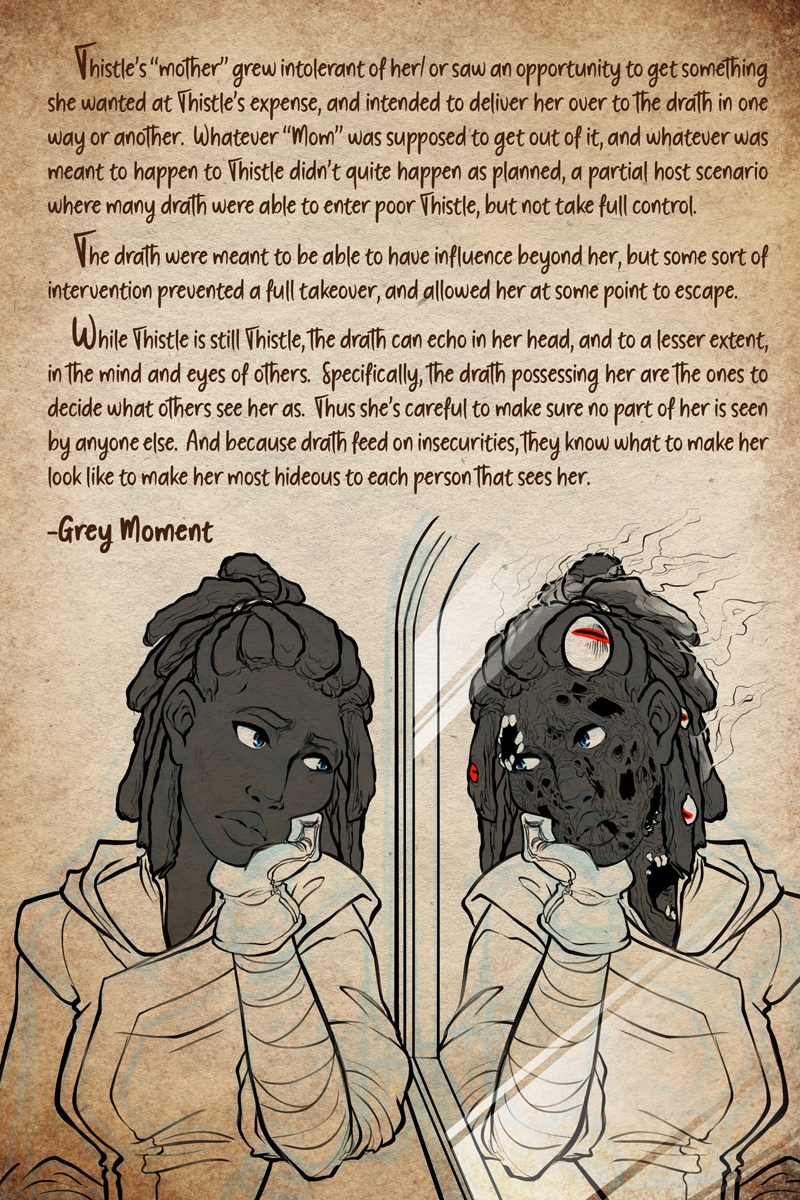 "Thistle’s “mother” grew intolerant of her/ or saw an opportunity to get something she wanted at Thistle’s expense, and intended to deliver her over to the drath in one way or another.  Whatever “Mom” was supposed to get out of it, and whatever was meant to happen to Thistle didn’t quite happen as planned, a partial host scenario where many drath were able to enter poor Thistle, but not take full control.

The drath were meant to be able to have influence beyond her, but some sort of intervention prevented a full takeover, and allowed her at some point to escape.
While Thistle is still Thistle, the drath can echo in her head, and to a lesser extent, in the mind and eyes of others.  Specifically, the drath possessing her are the ones to decide what others see her as.  Thus she’s careful to make sure no part of her is seen by anyone else.  And because drath feed on insecurities, they know what to make her look like to make her most hideous to each person that sees her."
- Grey Moment
[Grey] had a really awesome description for the picture, so I just used that as a springboard and let my imagination go with it. Also Thistle with dreads is awesome, just sayin'. also, I've really been enjoying Thistle Theories drawings, because they allow me to draw disgusting, monstrous things, which is turning into my favorite thing to draw right now :P also not gonna lie, the Thistle-face I'm drawing for Grey-Moment's thing I REALLY like and I might reuse her for a new character somewhere because mah gosh I. Love. Her.

(Unfortunately, Grey has no URL to share with us, but my gosh the potential of this one, like dang, there's a whole dang story in there!!)