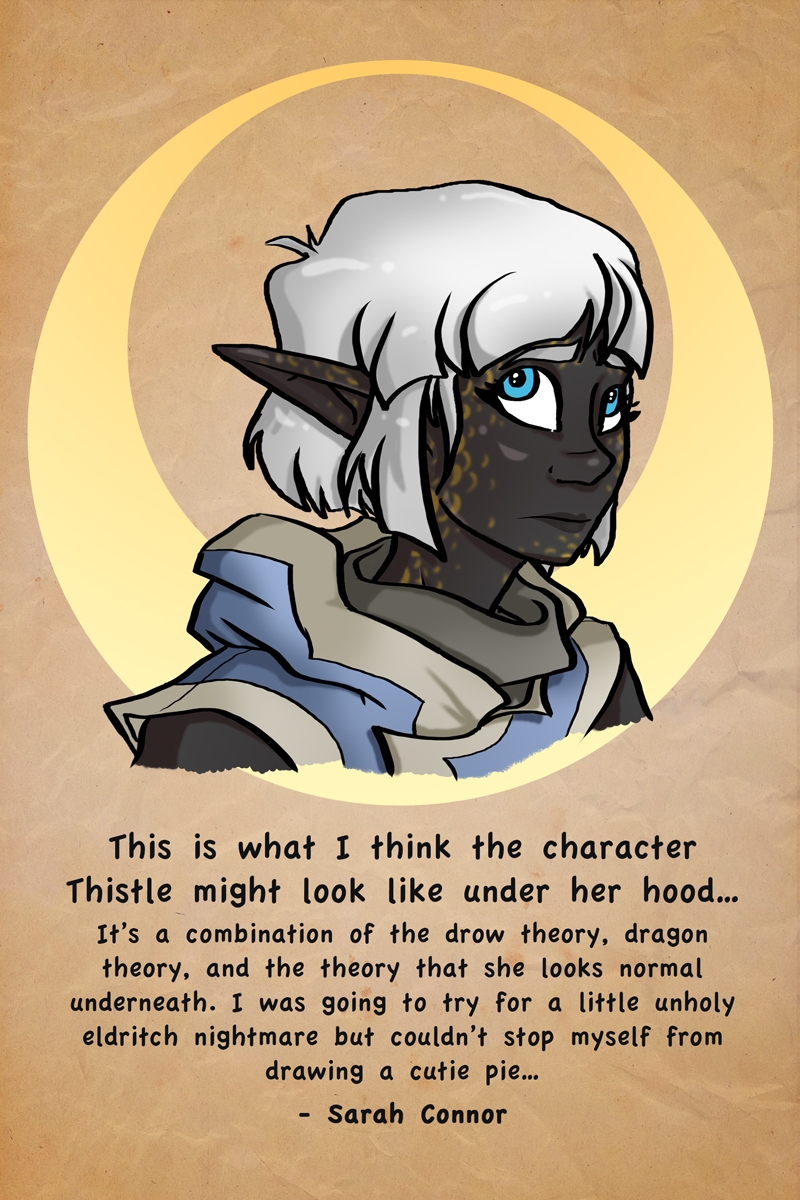 "This is what I think the character Thistle might look like under her hood… It’s a combination of the drow theory, dragon theory, and the theory that she looks normal underneath. I was going to try for a little unholy eldritch nightmare but couldn’t stop myself from drawing a cutie pie…"
- Sarah Connor

There are so many layers to Sarah's theory and artwork that I really like, not the least of which is the subtlety of the imagery used in the background!

Sarah has an Instagram, a Tumblr, and a Personal Website, all of which you should check out, because her style is very soft and incredibly appealing. I like the level of detail she puts into things too!

When Sarah originally posted this on Tumblr, way back before Thistle's identity was revealed, I was startled by how close to the mark the reasoning was. In her original conception, Thistle was a drow. And as everyone else has now attested, she is also a cutie pie. But my favorite part of this theory are all the scales present across the skin - which is so freaking cool. Imagine how they glitter! And they potential extra protection they provide? I wonder what the parents' love story was??

I got a little carried away there, but my favorite theories that really capture my imagination are the ones that present scenarios with a bunch of interesting potential scenarios and unanswered questions - and Sarah is one of those!