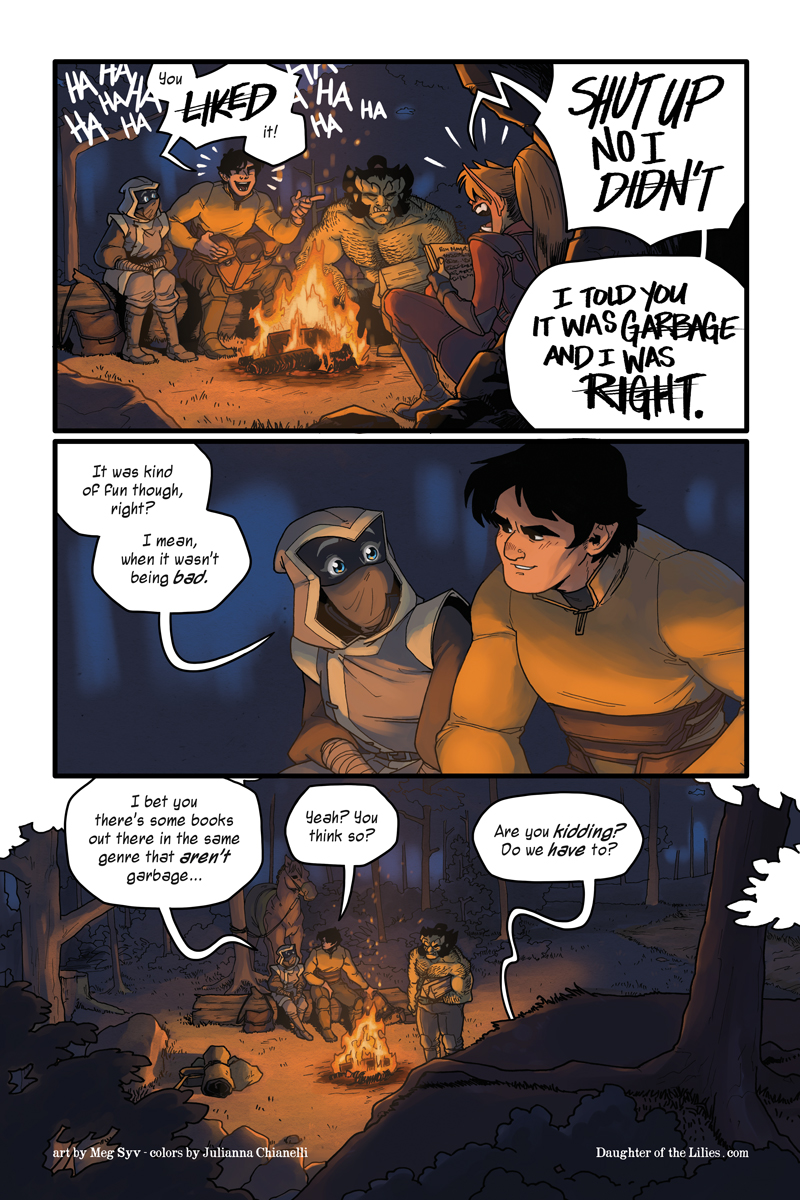 The penultimate page! The next page is the last of the chapter, and the last page before I crawl off into my hidey-hole to do some serious writing.

This next break will be a little longer than usual, given that I'm going to be figuring out some Bigger Picture items in addition to writing a script, and I'll be doing some major world-building and ironing out the secret, evil plans of the main antagonist.

During this time, there will be about a month of quiet from me, and I'll post some fanart/filler masterpieces I've received from some people during that time, and then I'll be posting some other work I've been doing to help you fill the MegSyv-Character-Banter shaped holes in your hearts.

It's Spider-Man. I'm going to be posting some Spider-Man AU stuff I was/am obsessed with. It's fine. Don't judge me. It's fine.