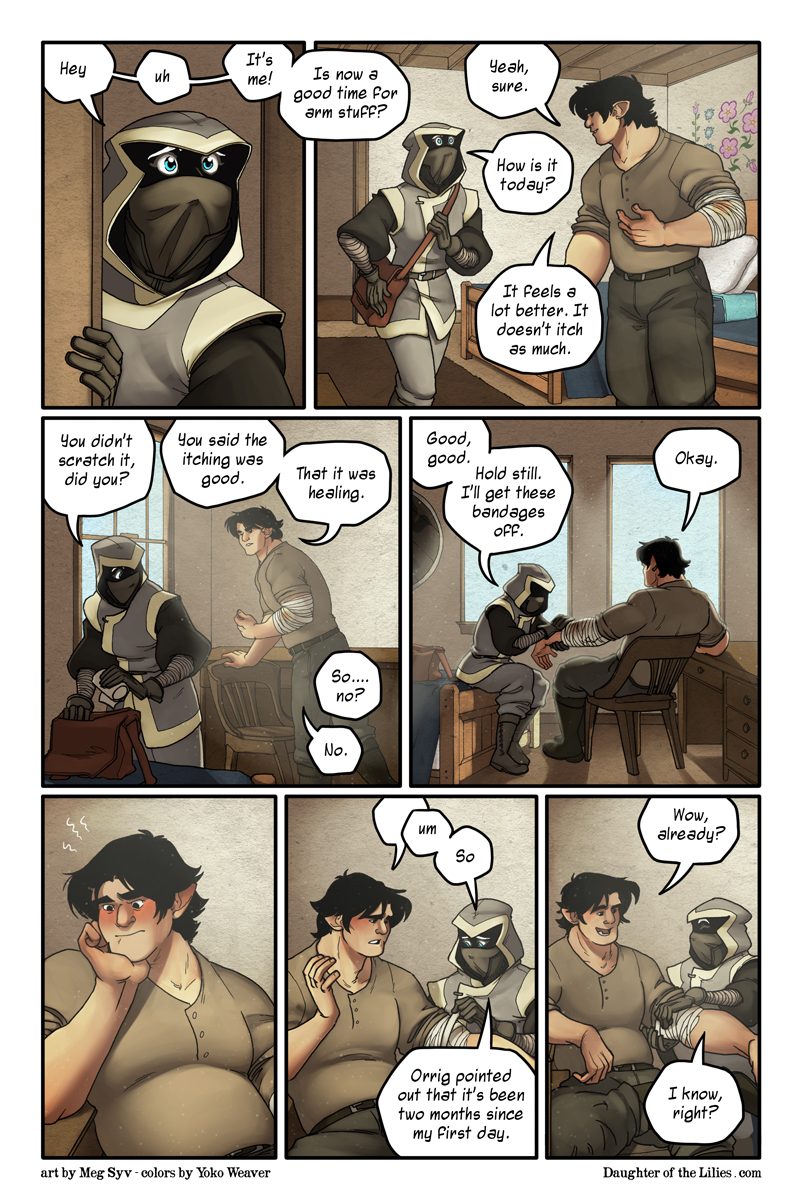 "Arm stuff"? Come on, Thistle, you're supposed to be the smart one.

So, as I've said several other places (but probably not here), the end of Chapter 7 (and the Epilogue) will mark the completion of Book 1 of Daughter of the Lilies. This means a lot of things:

On the subject of that last point, the comment section will unfortunately not be present in the new site design. While comments and especially nice to read and encouraging in many places, moderating them has simply become too much of a time sink for Yoko and I, and is taking valuable time away from, you know, making the comic.

However, the community here has been so great that it wouldn't surprise me if it put down new roots (huh? huh? see what I did there?) elsewhere. I can't promise that I would be very active in such a place, because it would defeat the purpose of removing the comments section and/so that I could focus on making the comic, but discussions and the organization of such a feat are already underway.

DotL Buds Bellis Perennis and Bum have so far expressed a great interest in such a project (you guys!!! <3), which they've already been discussing in the comment section on the previous page. However, they're interested to know exactly how many of you would be interested or would participate to make their efforts worthwhile. I'll be putting up a Twitter poll later today for the purpose of getting some hard numbers for them to work with, but maybe dive into the comment section today (or elsewhere, depending on your needs) to see what people are saying and chime in with your own two cents.

EDIT: HERE IS A LINK TO THE TWITTER POLL.