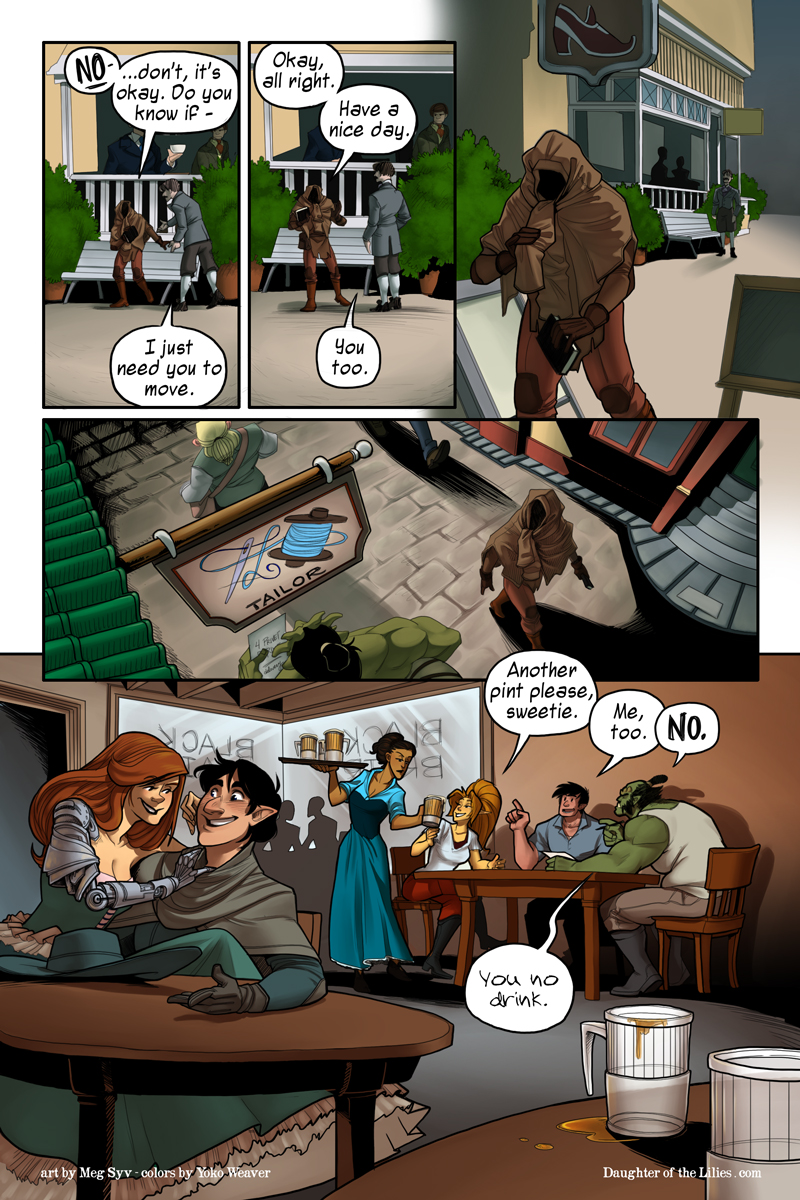 I accidentally hit the "Submit" button on this comic before I even wrote a couple notes about it. That's a little embarrassing.

So yeah, thank goodness that's over, though it could have gone a lot better.
In earlier versions of the script, I had Thistle get really confrontational about it, but not only did that lead down nothing but bad roads, but I eventually realized that it was really out of character for her. I kept trying to figure out what was wrong, and then I realized that it was a reaction that Lyra would probably have, not her.

Anyway.
Also, mechanical arms?
When this page went up on Patreon on Friday, I got a comment that asked a really good question I'll put the answer to here: the arm itself is fully mechanical. There's no magic.

Remember that you can always support DotL on Patreon!