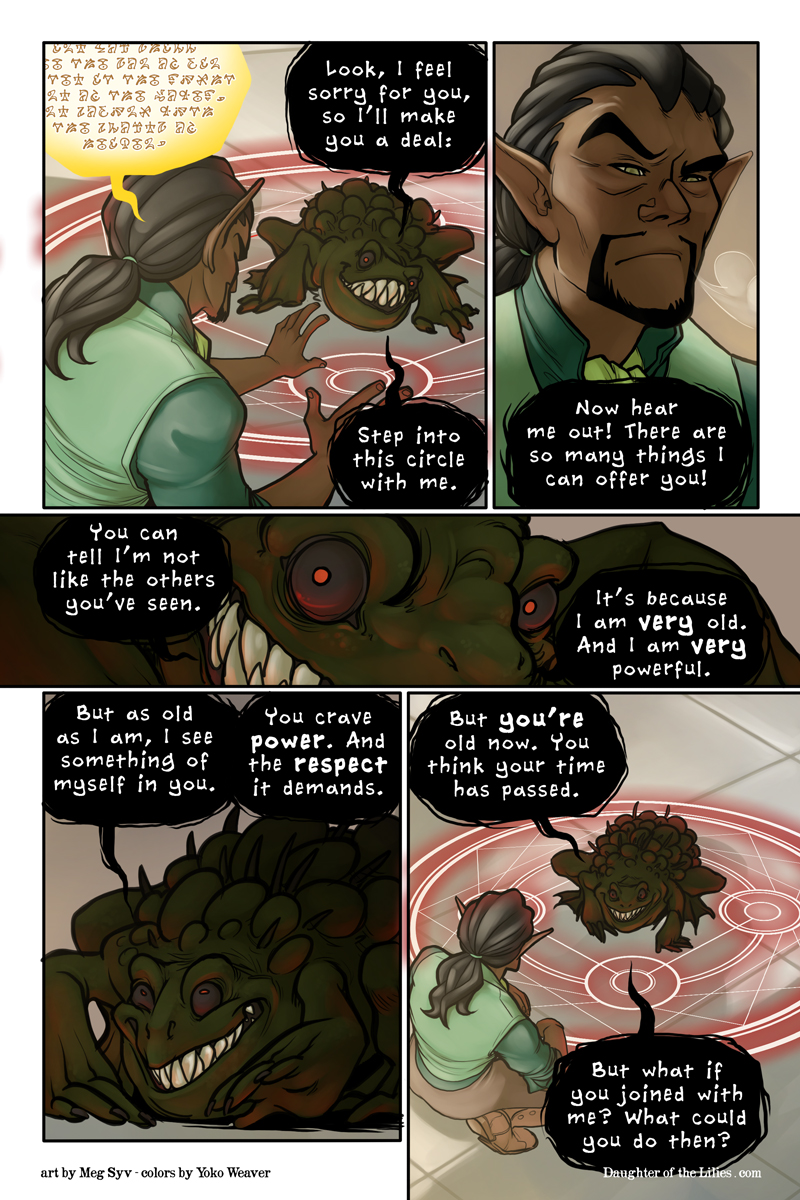 Eeeeehhhhh what do you guys think? Does it sound like a good deal? Should he go for it?

I get to do my favorite thing all of today: job hunting. Yaaaaayyyyyyy.

Unless someone knows a friend or a relative in the state of California who needs some help and save me the trouble. Blurgh.

I'm sure y'all have noticed how the pages are updating later than they used to, now, but it's really just because of this new time zone. Before, I was updating at 9am EST, though now that time has changed to 12pm EST, because California is 3 hours behind. It's still 9am to me, but not so much to you guys, I'm sure. It's just 3 hours later than you're used to getting it. Sorry.

I like the site updating earlier in the day rather than in the middle of it, but I haven't had much of a chance to address this particular issue yet. I'll be sure to keep y'all informed as to what ends up being the new norm, though. Thanks for your patience.