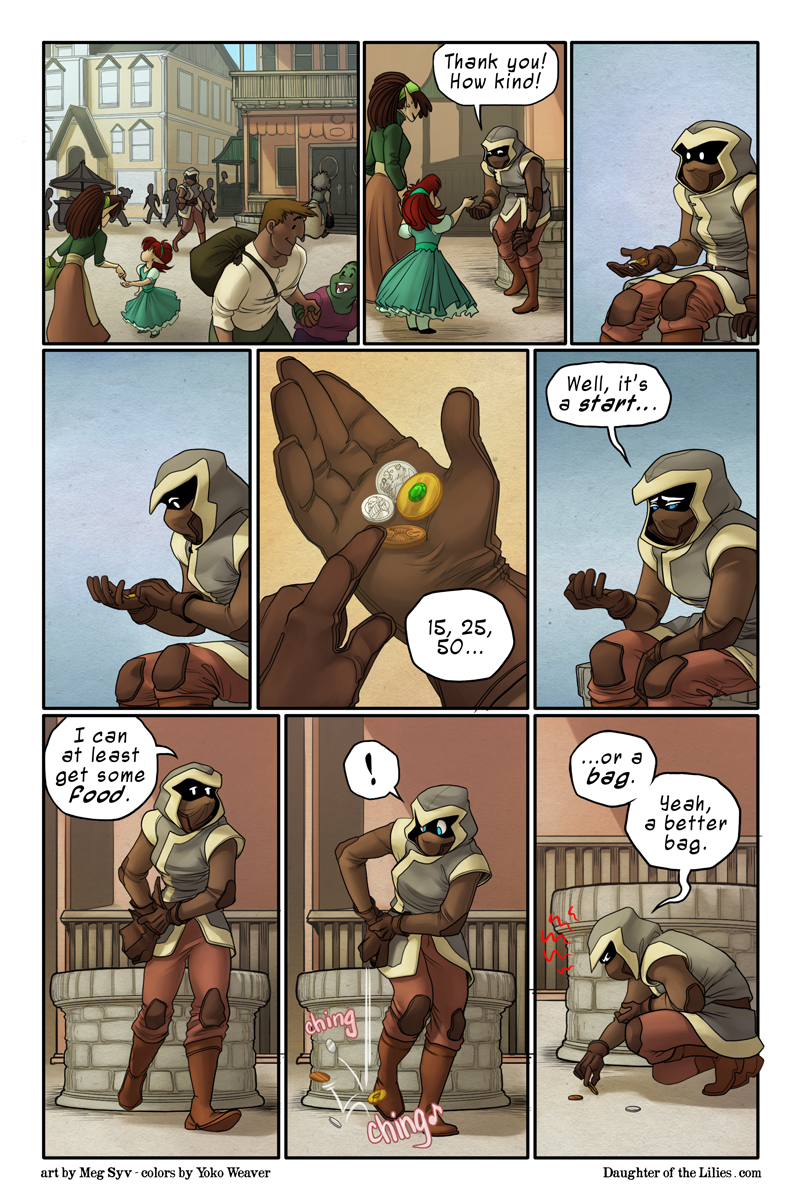 So, I'll be the first to admit that this is a rather uneventful page, but there is a time and place for this thing called pacing, and also I just wanted to draw some fantasy coins and try to get that figured out while I had some downtime.

I postulated about this for quite some time on Patreon, but does anyone have any strong opinions about currency? I live in the United States, where the currency is largely based on paper bills, though less and less people carry it with them, instead choosing to rely on their credit or debit cards. But in Europe, the currency seems largely more coin-based, which I infinitely preferred. There's something to be said for the weight, of the value what you're carrying - and I have never been able to properly express how much of a different experience it is to just reach into your pocket and pay for an entire meal from a single handful of coins.

So I guess what I'm getting at is the currency is the same in this world, because I like it that way? Also, there are no pennies. Pennies are stupid.

Next week, we'll be seeing some crazy stuff start happening. Enjoy the quiet while you have it, Thistle.