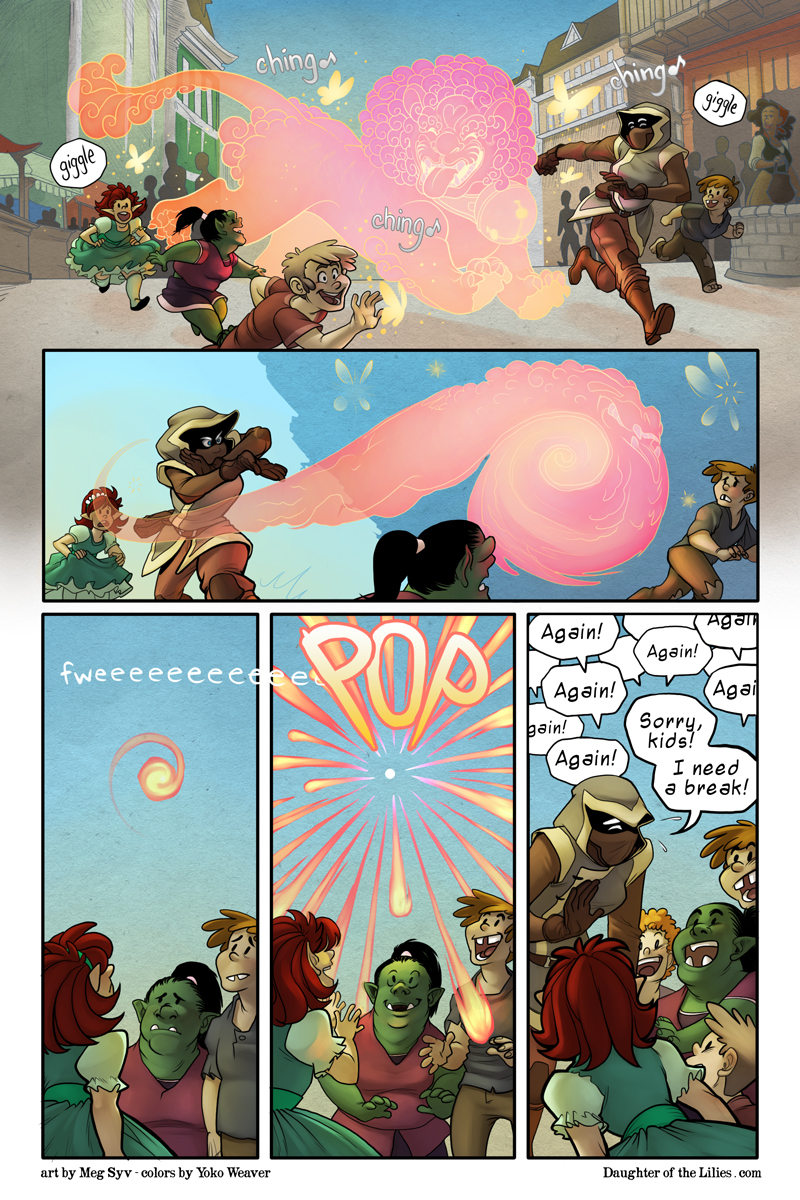 Oh yeah, I'm sure Lyra would be super satisfied.

I had entirely too much fun working on and developing the artwork for this particular page - and I'm pretty sure Yoko had just as much fun coloring it for me.

So for this week's featured fanart, a little bit of explanation is involved.
A coulple months ago a uploaded a stupid snapchat video to Tumblr, of a birthday present I had gotten from a friend. It's the stupidest, geekiest thing ever.

A little while later, IrisImagine told me that she thought my voice sounded a heckuva lot like Lyra. And if that wasn't enough of a compliment, she went and drew it (click the thumbnail to see the whole thing).

(I just love that one panel. Look at Lyra's little face.)

I'm in the LAST THREE WEEKS BEFORE THE WEDDING/HONEYMOON DOUBLE COMBO LIFE EVENT. So this week I am scrambling to finalize details and finish commissions AND build a buffer for you guys while I'm gone.

(PS there is a cameo of my friend's character on this page.)