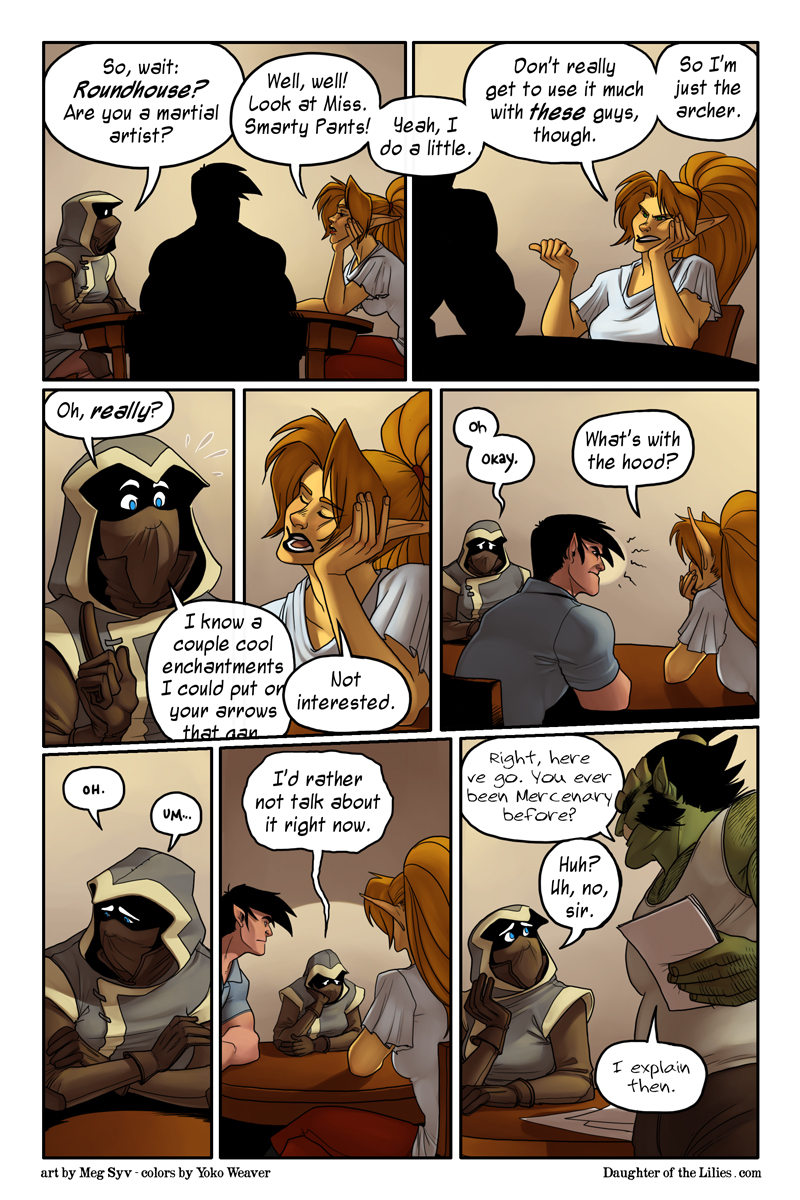 So, I'm a rather meek character, and I wasn't sure if writing a person like Lyra would be difficult or hard for me to do. But it hasn't so far - I think it's because every character in this story has such a unique personality that they just act on their own. So, a lot of things have happened this past week! I promised you guys some life-update-changing news, and here it goes: #1 - So, my fiance got a job in LA about three weeks ago, and last week he and I drove across the country together. He was going just because he had to make it to his first day of work, but I went because it was important to me to see the city, because, obviously, I will be moving there to be with him once we get married, and moving someplace you've never seen before is very, very scary.  (That's why the page was late! I was sitting in a bakery in Burbank trying to update the comic from my cell phone last Monday, which proved to be fruitless.) The trip was great, though: we made great time, had some fun adventures, and deep conversations, including when and where we wanted to get married. #2 - We're getting married in MAY (not a lot of time, to be sure) and in my HOME-TOWN (which is 8 hours from where I currently live). So, sometime in April, I'm going to (sadly) leave my job here and move home for a month to finalize wedding plans. That means during the months of April to May, this comic, some other freelance projects, job hunting in California, and wedding plans will be my full time job. I'm not sure what that's going to look like, but I'll at least be home with my family and brothers. So yeah, a lot of changes on the horizon! February is also the LAST MONTH DOTL WILL BE HOSTED ON SMACKJEEVES before it migrates over to it's new home on Hiveworks. We’ve been working on a new site design and it looks AWESOME so far. I can’t wait to share it with you. Well, needless to say, I have a lot of stuff to do. This will be the last really long blogpost I’ll write for awhile, but I hope you don’t feel like I don’t love you. :)