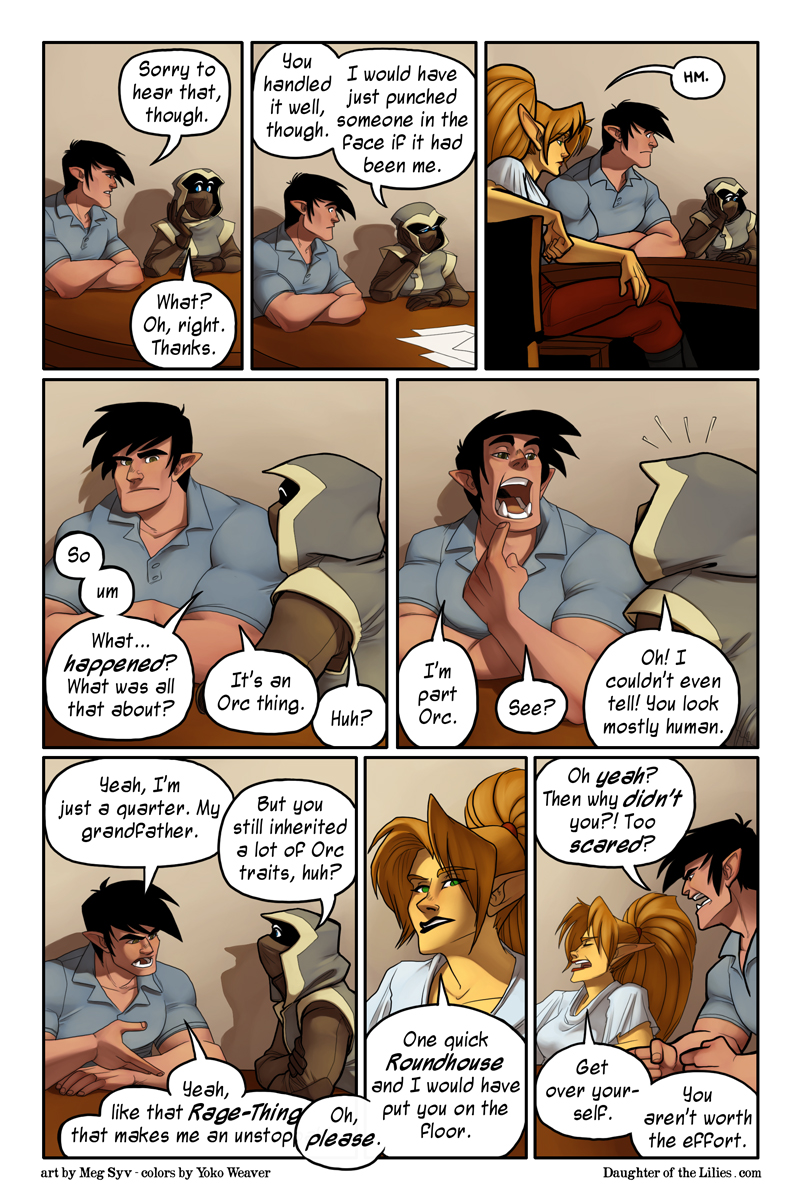 NOW STOP ASKING ME YOU GUYS ARE DRIVING ME CRAZY

Just kidding. Making you ask the questions I'm manipulating you into asking with the storytelling makes me all fuzzy inside and laugh evilly when I don't tell you.

I think maybe 3 or 4 people actually put two and two together on their own. In cases like that, where the person approaches me quietly and privately, I like to reward them for their ingenuity and confirm little details like that. It's so satisfying when you drop in just enough clues that people can figure it out on their own.
Please, if one of those people was you, identify yourself in the comments! You are the official Gumshoes now. I'll be casting glances at you occasionally throughout the story to see if you pick up on anything else.

Brent's mom and dad met and lived together under very unremarkable conditions - there was no life or death situation involved at any point - but they were very good for each other and provided support that they other never had before. It was very sweet and romantic and one day I might write a comic about it. (See the Patreon page for more information).

So, onto the elephant in the room: this page is two days late and it's only because I was stupid and didn't have the foresight to queue it up in the system before I went on a huge trip. I assumed I could update the website from my phone, but then Monday came and I was completely unable to. This is my first day back at my desk and I'm very sorry to have thrown off your rhythm. I promise I'll do everything I can to keep it from happening again!

I think next week I'll have some major news and general life updates for you. It'll be a big post with a lot of boring real life stuff that you probably won't be interested in, but I'd like to keep you in the know about stuff that could potentially affect the comic. Just so you're not blindsided like this again.

Anyway, Happy Wednesday! I hope y'all are having a good week!