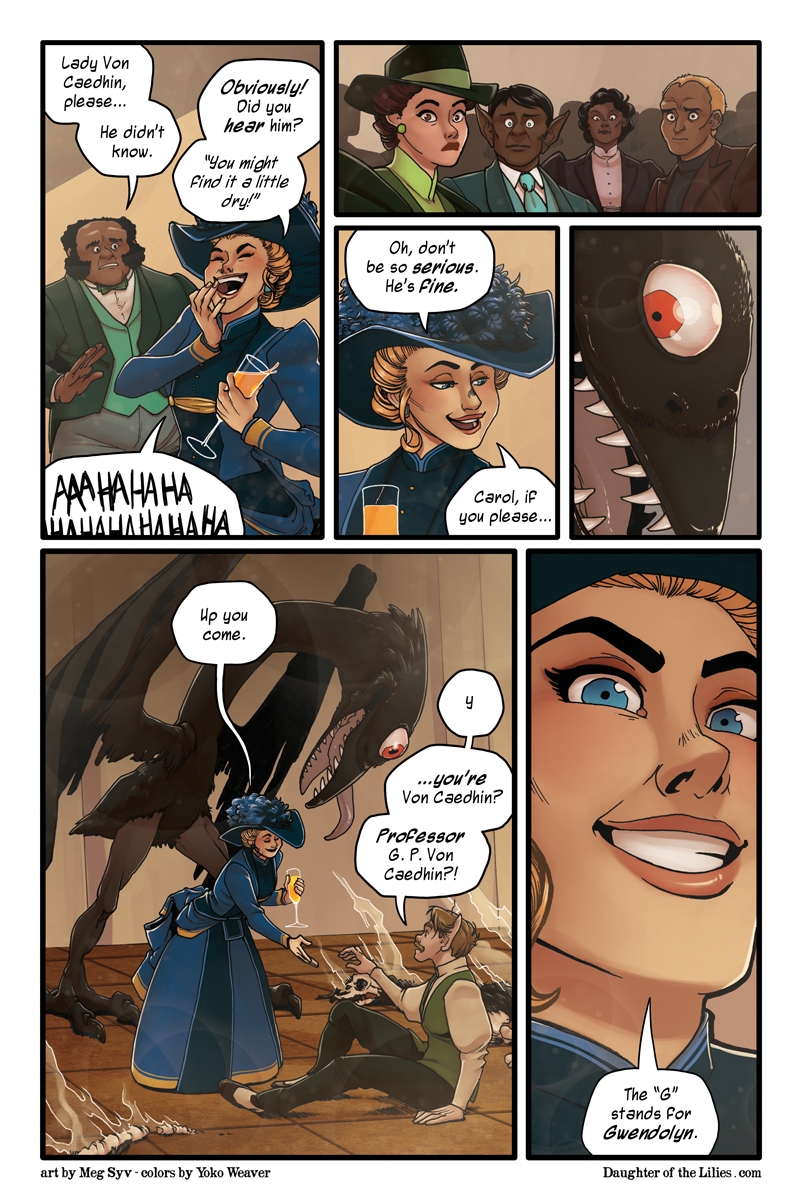 Obviously, you all have noticed this page is going up a day later than our typical Tuesday/Thursday schedules, but it is for very good and exciting reasons: Yoko, the DotL colorist, was offered a full time job.
As much as we love working on this project and the satisfaction it brings us, it is not a reliable way to support ourselves. I work full time, and Yoko has been freelancing for many years now. Coloring this comic has been one of the many jobs she's been juggling to support herself. All of her hard work has paid off and she's finally being recognized for her immense skill and has been offered a position... in another state. And has to move there in less than a week??!!!
This has obviously been taking up pretty much all of her available time, as she has had to secure a place to live, the means by which to get there, and pack up all of her belongings to take with her. She asked for a week to get things taken care of and things settled in (which might be longer, depending on how things fall). Regardless, this is great news, and means only good things for her! Congratulations, Yoko!!!

When discussing things with Yoko, she asked if it was all right to post three early Thistle Theory Features (did you forget about those?!) through next Thursday while she takes care of things. Originally we were going to post the first one today, but I feel like this page is a better beat on which to sit for a week or two while the dust settles. This page will be updated with colors when they're done.

DotL will be going on a 1 week - 1.5 week break while we handle these sudden developments.

Thank you all very very much in advance for your understanding!!

And now, some notes about today's comic:

Carol is named after Carol Carol O'Connor, but goes by Mama Bird on Patreon (can you guess why I asked her for help with this character??). She's been a long-time supporter of the comic and a patient member of the Name A Character Tier (which I've had to close temporarily until I can get through all the names I've been provided with! Thank you!!). Carol has blessed us with this sacred image of the Carol Club: Carol has a deviantArt and a Tumblr account, and is a talented artist in her own right. You should check out her stuff!