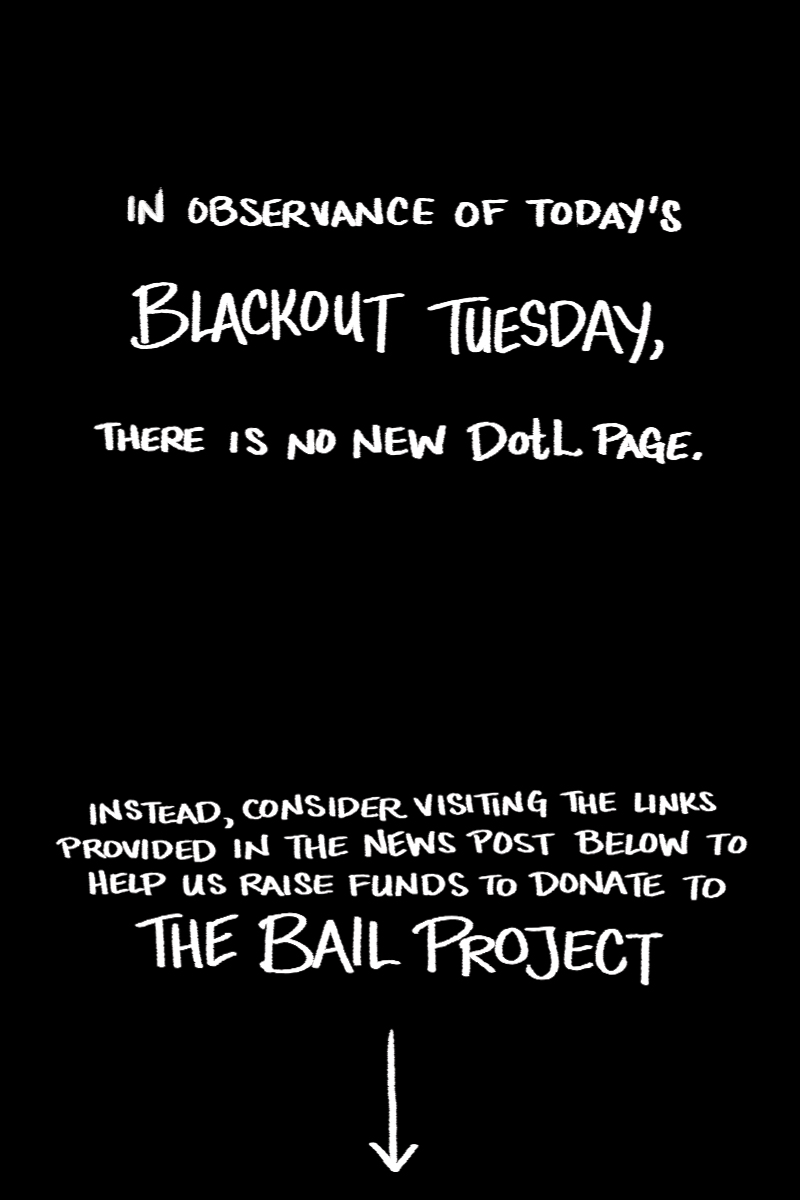 We at DotL believe that every human being has a right to a safe and happy life, and anyone who threatens these basic rights should be held accountable. We also believe that there is a deep, systemic, chronic issue of police brutality in the United States, that major restructuring is required to address that issue, and those who abuse their power and go against their oaths of office must be removed from those positions.

Black Lives Matter------Currently, we have several fundraisers in operation to benefit The Bail Project, a nationwide nonprofit organization designed to combat mass incarceration and paying the bail for those in poverty, as well as those protesting the epidemic of police brutality cases in America.For the month of June, all proceeds generated from Digital Downloads of A Study in Scarlet & Blue on Gumroad will be donated to The Bail Project.* *If Gumroad has issues processing your payment information, please donate directly to the charity of your choice, and then download the PDF for $0. Additionally, there are 5 physical copies of A Study in Scarlet & Blue, signed and with original artwork, up for auction on eBay. Shipping is free, and all proceeds generated from each auction will be donated to The Bail Project.

Thank you for reading, and we will see you on Thursday.