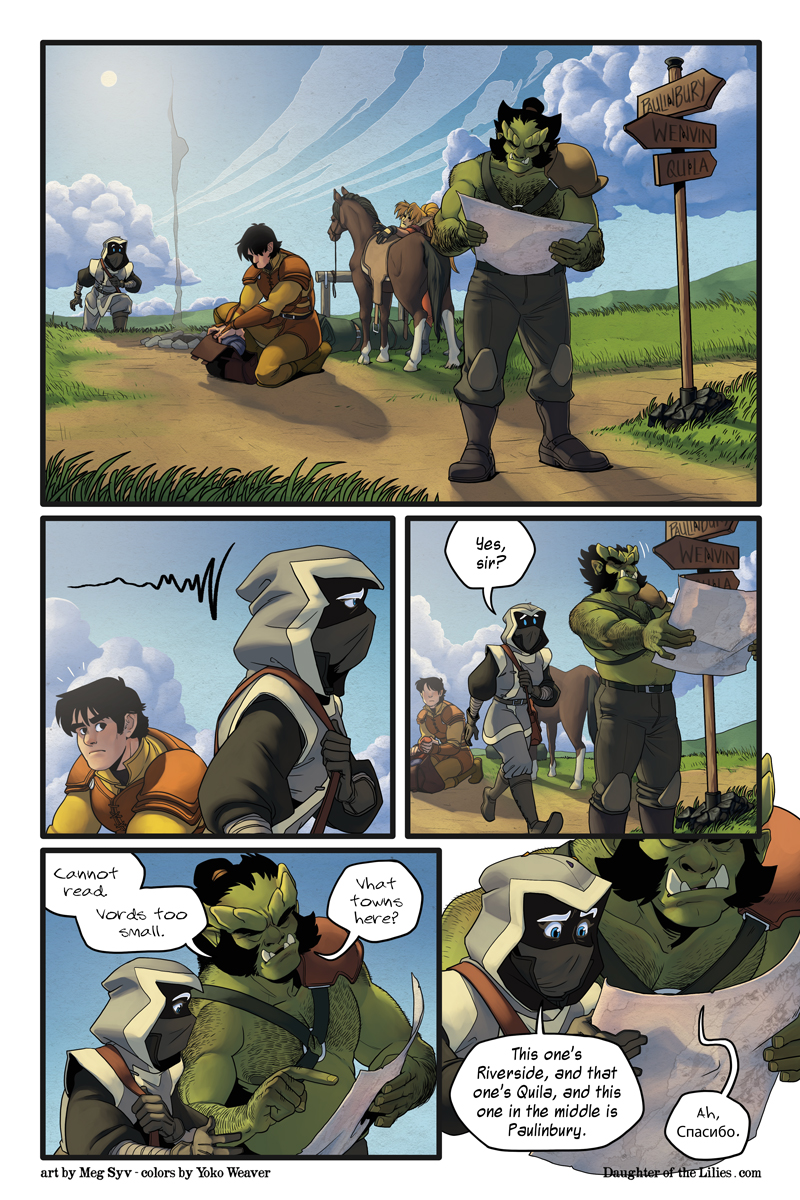 I had some help coming up with town names on this page!

Riverside was contributed by Weird Web Lurker, and the town to which the gang is headed - it's probably a bit past Paulinbury.

Paulinbury is named for Paulina Veliz, which is a play on their name!

Quila is named in honor of Mikayla Clunk's beloved pet feline, who sadly passed away not too long ago. If the gang ever goes to the town it'll probably have a nice little cat statue centered in one of its parks.

And Wenvin was thrown in as a suggestion by a Patron during one of the Patreon-exclusive streams a couple weeks ago when I was inking this page.

These folks were contributors to the now removed $20 Tier whose reward entailed getting their name or a name of their choosing in some form into the comic. I had to close the tier down because the sheer amount of names I currently have should be able to cover every naming struggle I'll have for several years! Now it's time for me to tackle the backlog. Thanks for your support, guys!