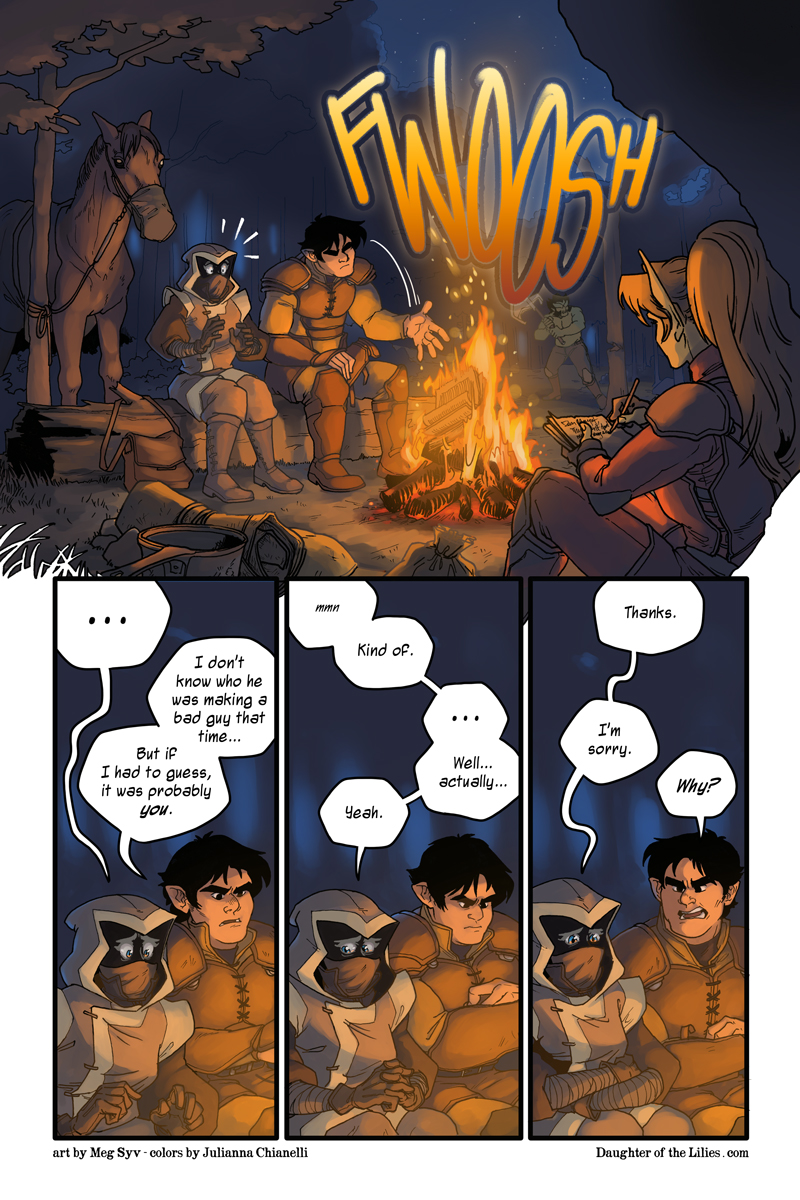 I'd like to give a special shout out on this page to a friend of mine who, looking at the first draft of this script a long time ago, suggested this. In the original version of the story, Brent only partially threw the book away, tearing it in half and burning only the parts they had already read. But the fact of the matter is (at least, in the way it was explained to me), is that if there is something in a work that you find harmful, and there's a part of you that remembers that, internalizes it, and carries it with you. (It's why I've been doing my best to address and improve the flaws in my own writing and story decisions, and not repeat those mistakes, for the sake of those who may have been hurt in the past.)

So instead of just a partial burning, the whole book is gone now. It's a better character decision (because, you know, for some people, sometimes it's easier to stand up for your friends than it is to stand up for yourself) and offers more of a resolution to the story.