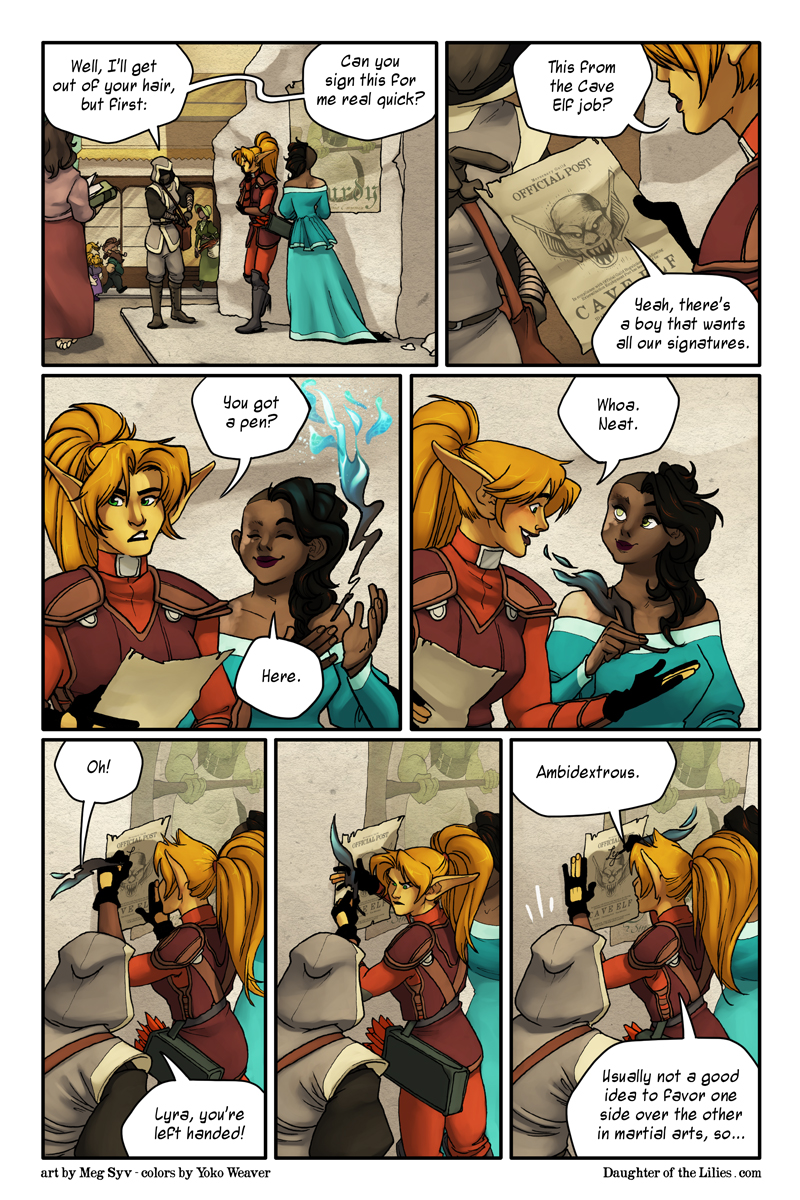 In which Thistle keeps a promise, and we learn an interesting tidbit about Lyra.

Following a rather engrossing conversation about the possible makeup Lyra was using on this page, Yoko adapted an older OC of hers named Yvola into a DotL character who, out of frustration with the weak powders and unsuitable creams, creates a line of Makeup that goes on light and lasts all day through the heat of the sun and the heat of battle. I bring this up because you can see a advertisement on the wall behind Lya and Margot. Here's a link to the full version.

YO. I know y'all are adults and if you're reading the comic that means you're cool with a lot of mature themes like blood and guts and stuff - still, be advised, these two girls will smooch on the next page. Compared with other stuff it probably isn't as terrifying or offensive, but I know some people (Parents, Aromantics, generally PDA-sensitive people, etc) are sensitive to that kind of thing and I'd rather you feel in control of the situation and make an informed decision rather than feel taken advantage of. So, if that's something you'd rather not see, maybe skip checking the site on Thursday.
(This warning has been revised from its original version due to a concern politely expressed by a reader who pointed out its problematic phrasing. I'm really really sorry about that. Thank you for reaching out.)

On a slightly related note: you are allowed to have an opinion and express it in the comments, but if you have a bad attitude or are generally being a jerk, you will be insta-banned. 99% of the comments on the last page were awesome and supportive and excited and I really appreciate that because I was really stressing out about this alongside my excitement to finally get it out there. Thanks for being great readers.