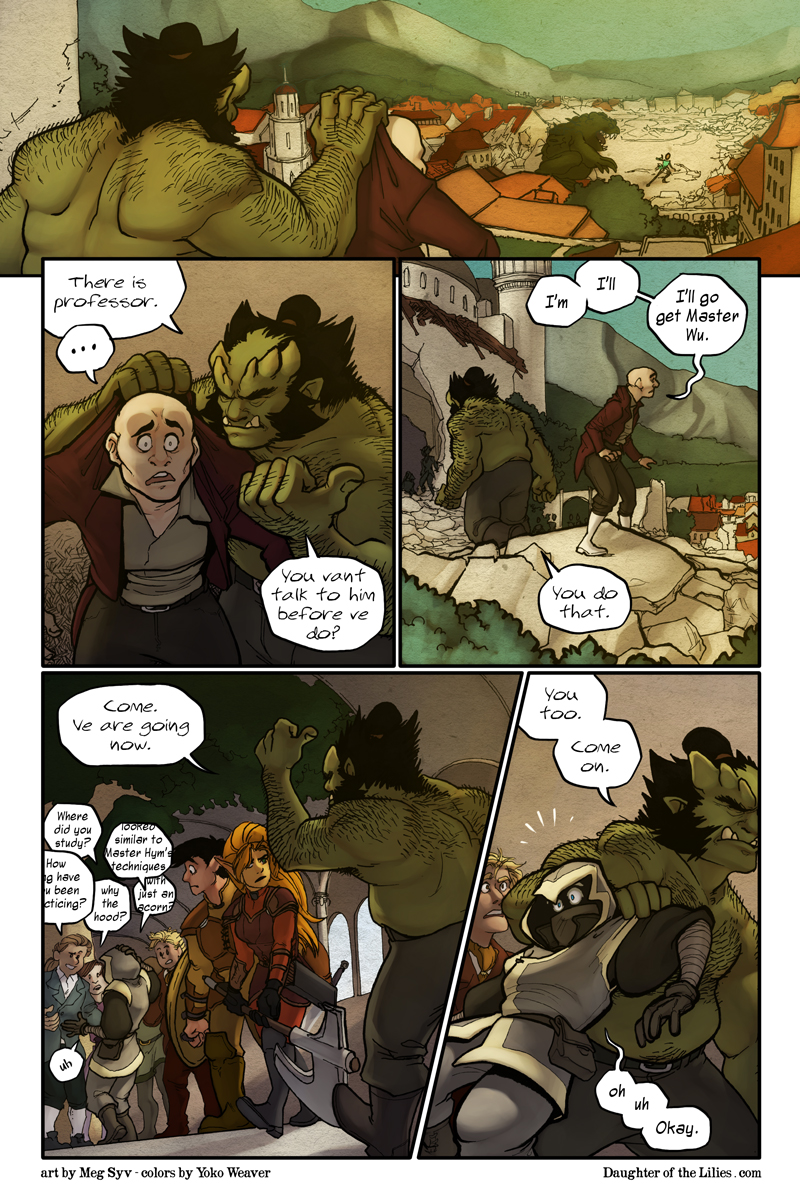 Sometimes, for the sake of storytelling, you're forced to trim some things you really liked because they don't fit. Like Orrig carrying this tiny dude around by the scruff of his neck.

On an aside, those last two panels are the hardest things I've ever had to figure out the layout for. I complained about this on Patreon when I first finished it (gosh, my Patrons are such good sports) and I'll do the same here.

GOOD GOSH gee whiz it was SO HARD, you guys! I mean, look at all the infromation that's happening in just two panels! Count it all out! And then to make sure Orrig's direction of walking remains consistent, as well as to make sure you see him first, then Lyra, THEN Thistle - and then that stupid last panel where it's like "is this too much of a jump? is it going to read well?"

Okay, thanks. That's out of my system.

In other news: HOLY COW POKEMON GO IS THE GREATEST THING EVER OH MY GOSH. I'm sad it's not more like a traditional Pokemon game, but I'll give it time. It'll definitely get there in a couple years. What a time to be alive!
Obviously I chose Charmander. Are any of you playing? Any crazy stories? Pokemon keep bugging me in the bathroom when I'm doing my business.