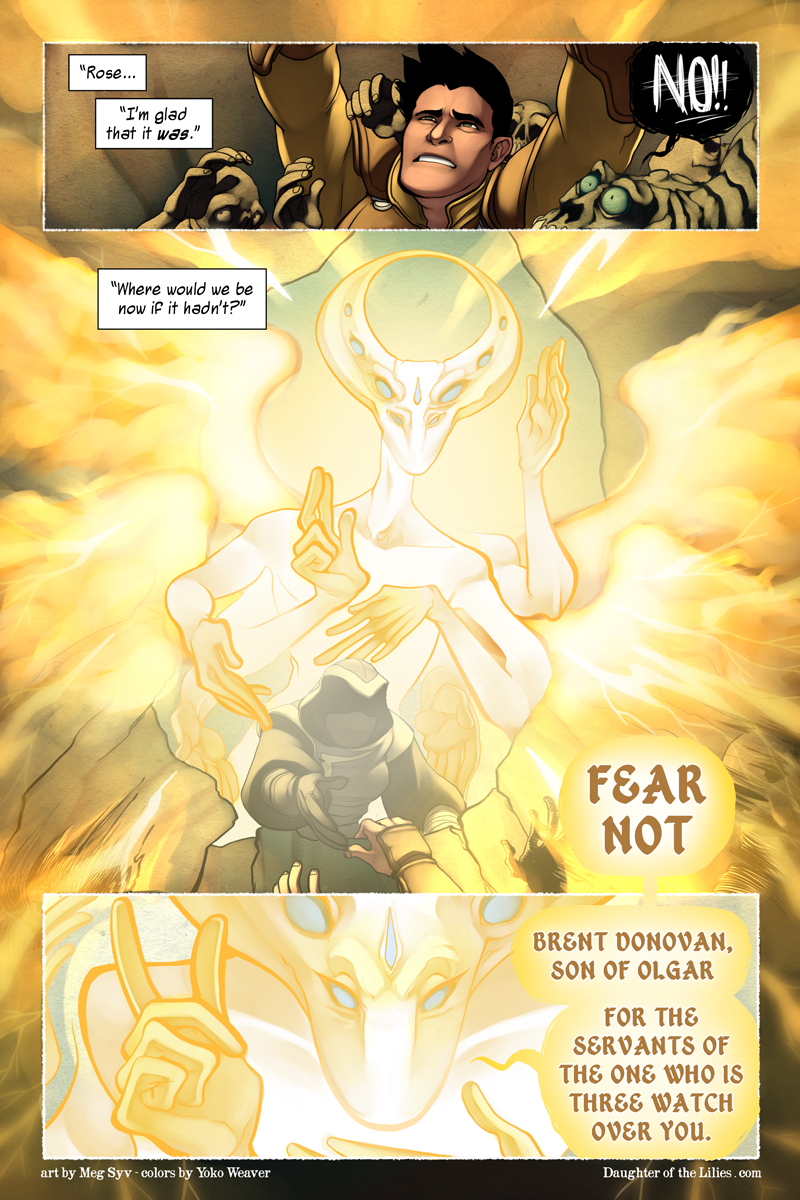 I’ve said this many, many times before and I suspect I’ll say it many times more: DotL isn’t based on DnD, Pathfinder, or really any tabletop game or franchise. It’s actually based on something much, much older.

When I was a kid, I loved the Chronicles of Narnia. I must have read every one thrice by the time I was 15.

But the frustrating (and fascinating) thing about the series was that I could not find another story quite like it aside from Lord of the Rings. Good Fantasy with religious themes that appeals to all audiences feels like a non-existent genre. The only books I could find that were even vaguely similar were too literal in their interpretation, and often I felt like I was listening to a lecture. Heck, I’ve illustrated a book where an entire chapter was spent in a church, with the cast listening to their pastor talk for about 15 pages.

The problem is worse when you consider how little of this kind of story exists for anyone older than 13. Everything suddenly becomes dark, depressing, or needlessly nihilistic. In movies, shows, or stories where demonic or dark presences exist, the other side is never even acknowledged or, if it is, it is so deeply misinterpreted and twisted that the entire thing, for me, is ruined.

I’ve said from the very beginning that I don’t really want to explain the mechanics of the world, and I stand by that. If viewing this story through the lens of a Rulebook is how you would like to experience it, I have no right to interfere with that - but I want and need all of you to know where the real inspiration for everything is coming from and what motivates me to write it. I would also encourage you to ask questions, because I would love to discuss the themes with you.

If these themes don’t interest you, that’s okay; they won’t get in the way of your reading experience. All I hope is that I’m telling a story that you enjoy. For those that these do interest, I hope that you find them meaningful and encouraging, and that this story scratches an itch for you that I’ve had for many years.

For a long time - since the beginning of the comic, really - I was really nervous (and honestly somewhat scared) about announcing this, and debated whether or not I even should. Not a lot of people, especially on the Internet, react kindly to this kind of topic.

I mentioned this in Bible Study one week, and a really good and wonderful friend pointed me in the direction of a guy named Jason Brubaker, an incredibly talented artist, former Dreamworks employee, an outspoken Christian, and someone who ultimately encouraged me to be really forthcoming about the themes of this story. Thank you, Jason.

For people interested in more comics similar in nature, I would recommend you check out Jason Brubaker’s comics reMIND and Sithrah, as well as listen to his interview with Chris Oatley (which is broken up into 3 parts). Doug Tennapel’s works (like Creature Tech and Ghostopolis) are also really good.