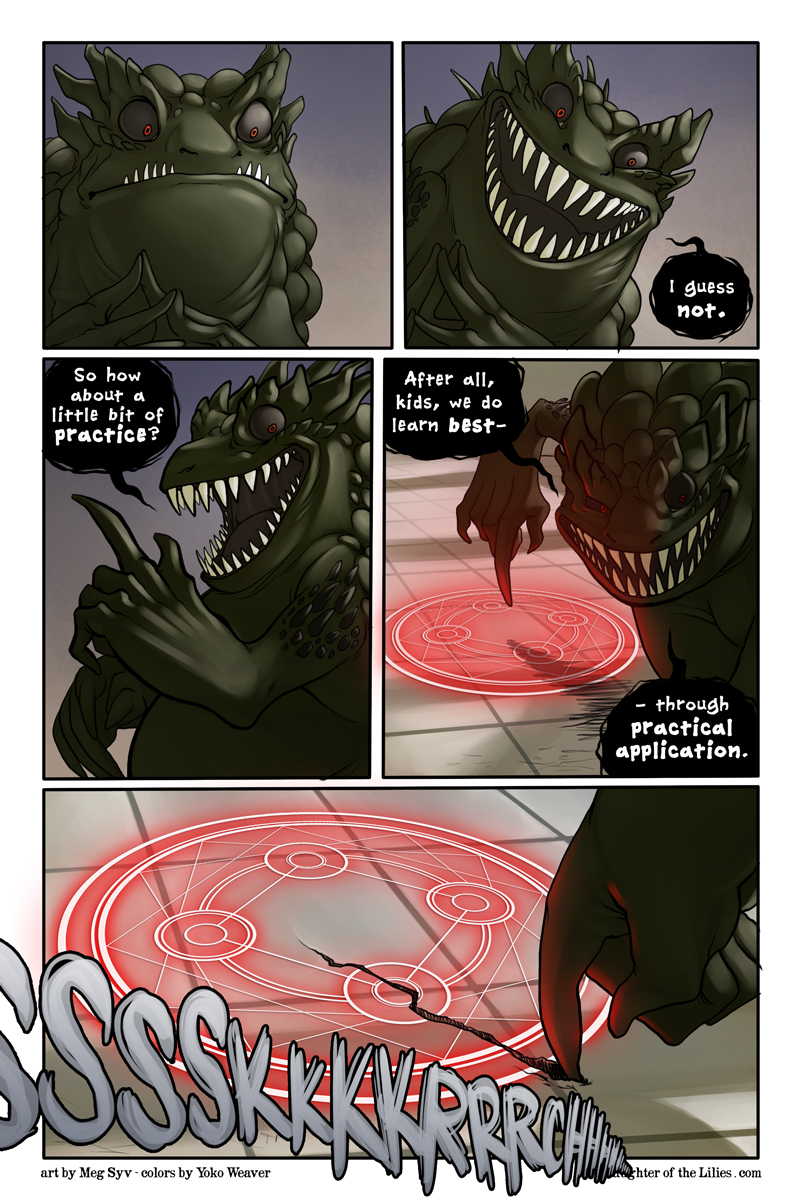 So my husband really, really loves that first panel. I can tell when he looks at it because I'll hear this weird giggle in the next room - which both as a wife and a comic author is a huge personal accomplishment. He wants it on a t-shirt. Weirdo.

SO HEY - I'm going to be streaming today because I seriously need to get some stuff done, and knowing that people are going to be watching my every move has a way of keeping me focused. I'll be working on the October Patreon Wallpaper - which has a SCARY WEREWOLF yes. I might take some requests at the end!

I'll be starting later in the evening, maybe around 7pm EST, maybe earlier. I'll make an announcment on my Twitter, so keep an eye out there for something about that.

The link to the Streaming Channel is here.

There won't be any music, unfortunately, because I still can't figure out how to make that work, so it's BYOT (bring your own tunes).

Finally, I edited the Cast page a bit because I realized that having DnD sheets for the characters was making people think the comic itself is based on DnD. (Inspired by, sure, but it's inspired by a lot of other things, too!)