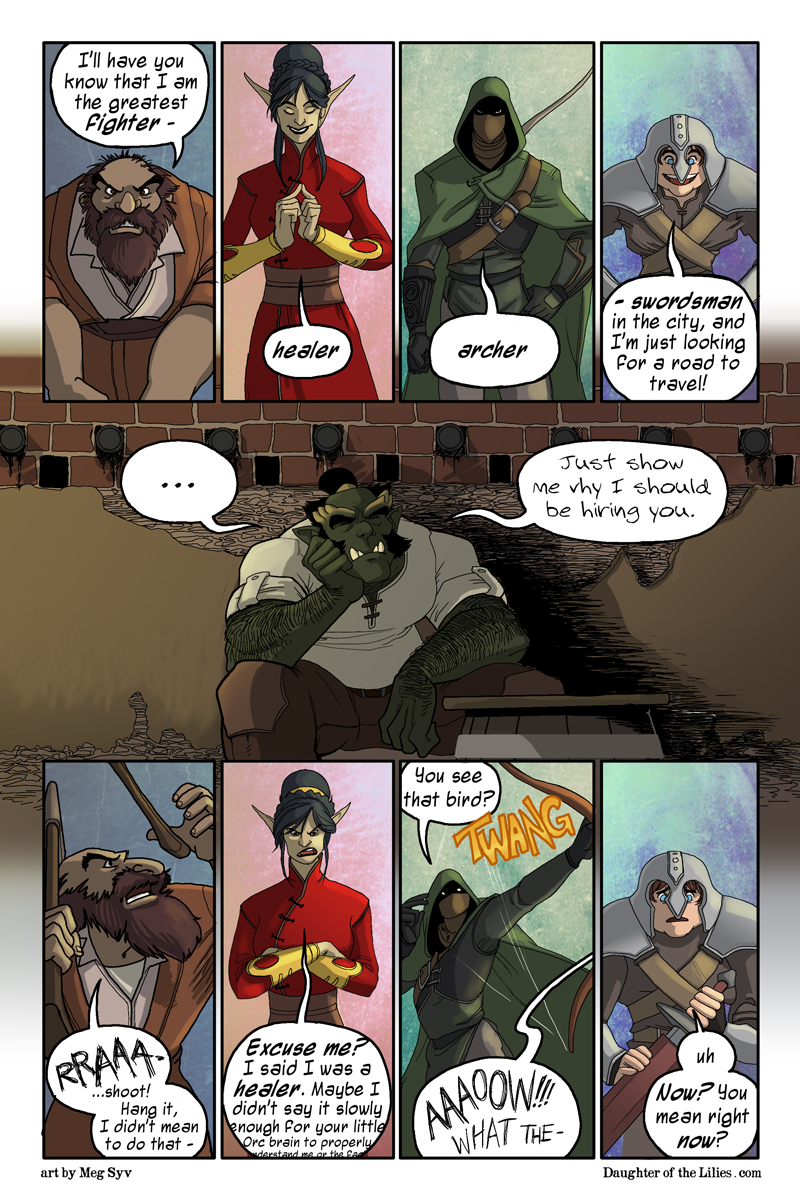 This week's commentary is going to be generally short. My brain is just pretty fried and I honestly can't think of anything interesting to say!

I guess what I'm really curious to see is if I hit home for anyone. If any of you play DnD, maybe you'll see a character trope/stereotype that's used here - just common mistakes made by newbie character creators.
Actually, I get a huge kick out of the characters I made when I was a teenager - and heck, even characters I see online made by people who are new to it. They're very pure - often times they're just a generalized avatar of the creator, so it's interesting to see what the author does to "themselves" when they have complete control over the universe and circumstances in which they've put their creation.

Actually, that's fun to think about. Did any of you make characters back when you were young that you purposefully projected yourselves onto? What was that character like? What do you think of them now?

(Well. This ended up being a lot deeper than I was expecting it to be!)