So here's today's thought for you that I wish I had meditated on a lot more before sitting down to write this scene:
Given the parameters of this universe that have been established so far, I guess you would have to assume that there are two distinct planes of existence - a physical one, and a spiritual one. What do you think would happen when an object from one of those realms would cross into the other? How would an item with no physical mass appear when it enters a world whose rules are managed by laws of physics?

The proposed theory at present is that Ectoplasm is a physical manifestation of the spritual realm entering this physical one - but that's just for inanimate objects. What if a creature of some sort of self-awareness comes into contact with us? How would they manifest? For that matter, what would happen to us if we crossed into that realm? Would our bodies retain their strict, physical shapes, but the mind/spirit within become amorphous and slip in and out of it? Would our sense of perception shift?

This is the stuff that sometimes slips through my head as I'm working away at these pages, just because my hands are busy and my mind has very little to do. When I was writing this scene, I just made the Drath a bit more goopy, and shaded them the same way digitally as I did when I was drawing them with pencils - but I bet you anything if I had just spent some time really meditating on this stuff there'd be a lot more meat to the "rules" of this particular interaction.

But then, this is why I don't explain the "laws" of my universe as I go, because I get new ideas, and I'll try to find ways to incorporate them. If the gang ever runs across some evil dudes doing a summoning again, I'll probably have another chance to explore those ideas a bit more.

I've been waiting forever to post one of these - HOW ABOUT AN INTERACTIVE 3D MODEL OF ORRIG, Y'ALL?! SO FREAKING COOL! It was made by Centium Cuspis. There's also a really great Inktober piece by Olivia Torres that is one of my new favorites. Enjoy!

Meg: (screeching) HOW COULD I FORGET ABOUT THIS PERFECT GEM 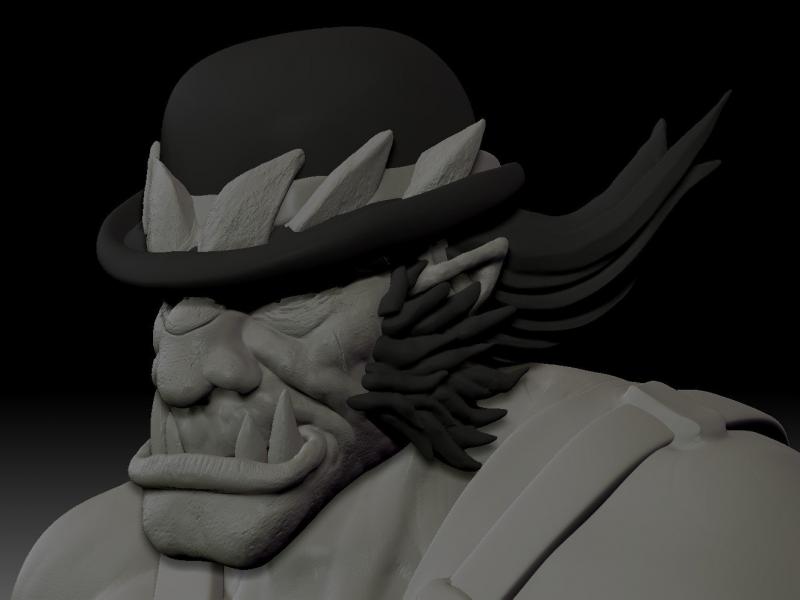