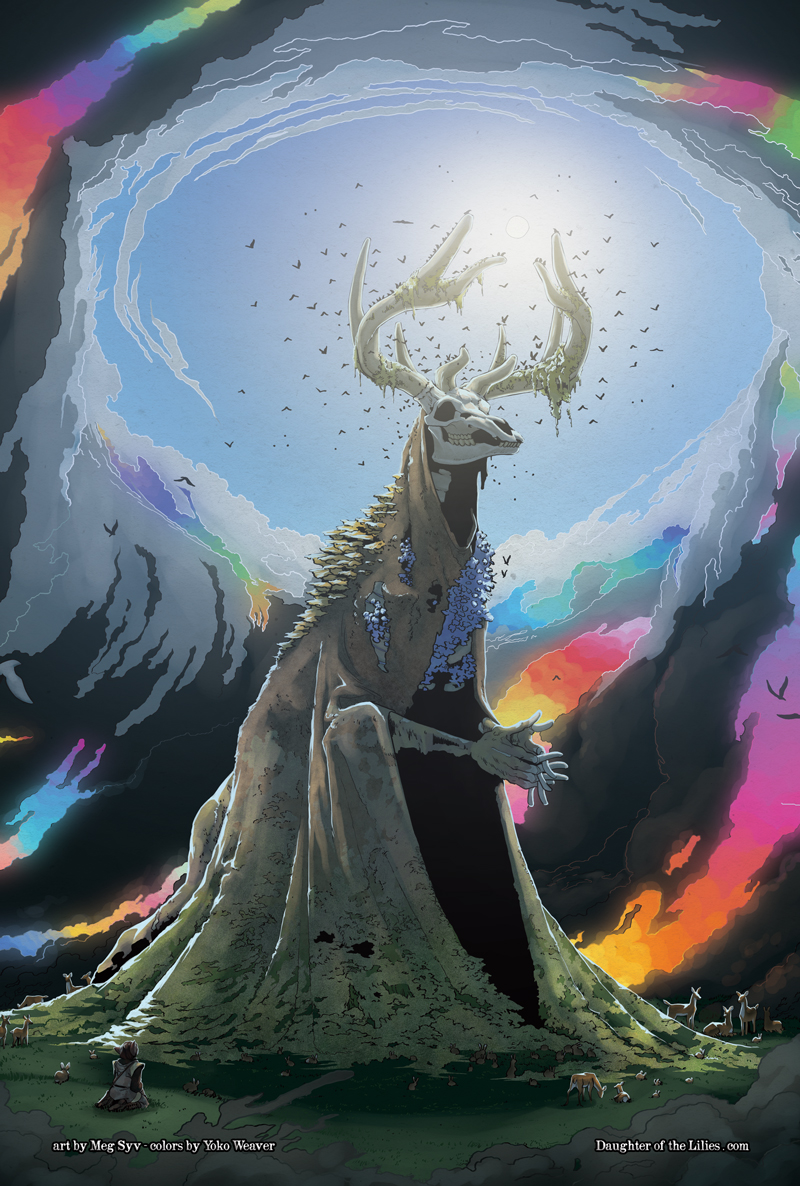 I had a lot of trouble designing our New Friend; I just couldn't get them to hit that perfect space between beautiful and eerie that I wanted. To that end, I enlisted the help of Julianna Chianelli, storyboard artist and creepy creature connoisseur, for their interpretation of a Nameless God of a Nameless State. And BOY, that was a trust well founded; Jay brought a whole bunch to the character and their design that I would never have thought of myself. They're an expert of eerie and [un]dead things, and everything about this design has ties to decay and reclamation that I would not have thought to include (including the twisted legs trailing out from behind).

I'll let Jay speak to their various influences and decisions regarding the various details, but suffice it to say, they really did a phenomenal job with the original briefing and concept drawings sent to them and really took it to the next level. (I did end up adding some Spanish Moss to the antlers, for some extra oomph.)

I think this guy officially marks our entry into Act II of the story. Things are really gonna get weird from here.